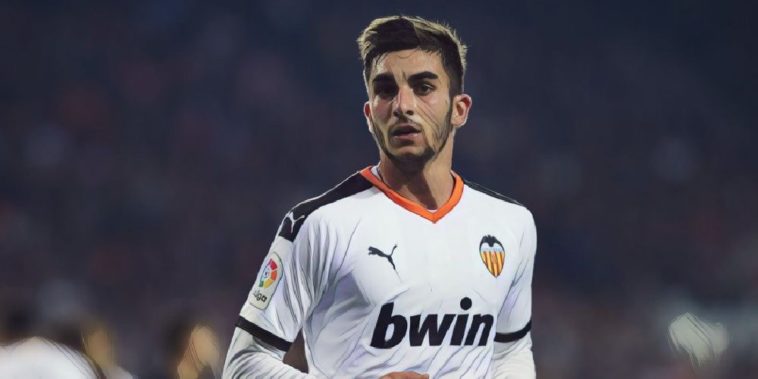 Manchester City are reportedly closing in on the signing of Valencia’s Ferran Torres.

Pep Guardiola has previously suggested that he would not necessarily look to replace Leroy Sane, who completed a £44 million move to Bayern Munich earlier this month, though it seems as though the Man City boss will now strengthen his attacking options following the German’s return to his homeland.

It is being reported by Goal that 20-year-old Torres has agreed personal terms with Man City, the winger set to sign a five-year deal at the Etihad.

Torres has a €100 million (£90m) release clause in his contract at the Mestalla, though City are only expected to only pay a fraction of that, the report suggesting that Valencia will relinquish their star player for between £27m and £36m, ‘with the potential for add-ons’ to be included, Torres having rejected the opportunity to extend his current deal which has just 12 months to run.

The Spanish side have reportedly put eight players up for sale as they look to balance the books after failing to qualify for Europe following their ninth-placed finish in La Liga this season.

Torres is said to have attracted attention from a number of clubs across Europe, but the presence of Guardiola at the Etihad is said to have played ‘a key part’ in his decision to opt for a move to this season’s runners up.