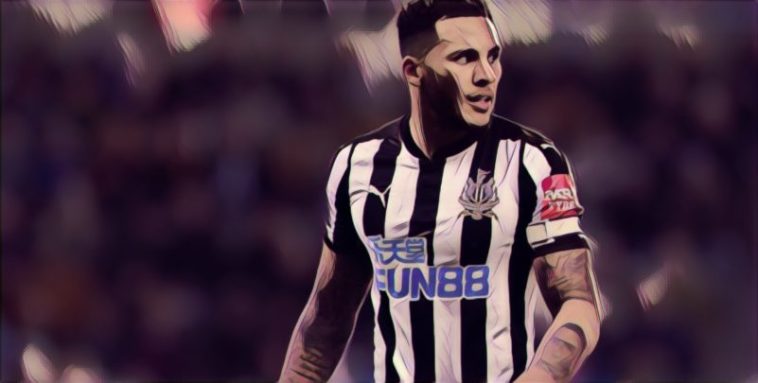 Fernandez, who has 32 caps for Argentina, clearly rates 24-year-old Newcastle captain Lascelles highly and believes it is only a matter of time before he is called into one of Gareth Southgate’s squads.

Lascelles has shown great maturity to skipper a club of Newcastle’s size over the last couple of campaigns and he was one of the key reasons why Rafa Benitez’s men were able to secure an impressive 10th place finish in the Premier League last season.

“Jamaal is young, he’s physical, and last season especially he had a great campaign throughout,” Fernandez told the Evening Chronicle.

“I think England’s style has now changed a little, the squad is younger than before – and, when I was at Swansea, my former team-mate Alfie Mawson got a couple of chances with England.

“So I don’t see why one day Jamaal won’t get called up. Maybe they [England] will look at him in some friendly games so he can show his quality for his country.

“He needs to keep working. It’s not always dependent on just him, either. The team needs to do well to help him to achieve this.”

Lascelles has been capped at U18,U19,U20 and U21 level for England, but is still waiting for his first call up to the full Three Lions squad.