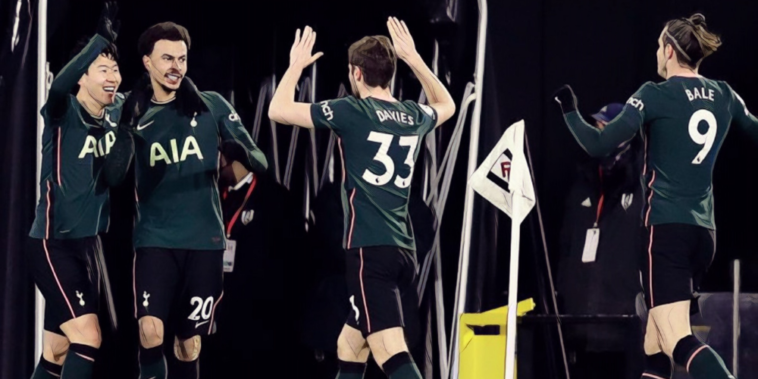 Former Manchester United and England defender Rio Ferdinand believes that Tottenham still remain in with a shout of clinching a top-four place, after they secured back-to-back Premier League wins on Thursday night.

Jose Mourinho’s men had been top of the league at the start of December, yet a poor run of results at the turn of the year has ultimately left them with a lot of work to do to try and secure a Champions League place for next season.

Five defeats in six league games at the end of January and the start of February looked to have curtailed any hopes of a top-four place, yet two wins in a row have somewhat revived those ambitions.

Following their impressive Gareth Bale-inspired win over Burnley at the weekend, Spurs then clinched a less than comfortable 1-0 victory over struggling Fulham at Craven Cottage, courtesy of a Tosin Adarabioyo own goal inside 20 minutes.

The hosts did have a Josh Maja strike controversially disallowed for a handball in the build-up by Mario Lemina, yet Mourinho’s side managed to hang on for a much-needed win.

Currently just five points off Chelsea in fourth and with a game in hand, Spurs still have a real chance to qualifying for Europe’s elite competition, according to Ferdinand.

“It’s not about performances,” Ferdinand said on BT Sport. “It’s about getting points on the board. They now have an achievable target of getting in the Champions League.”

The six-time Premier League winner stated that being consistent will be the key to Spurs achieving their goal and proving a lot of people wrong.

“They’re a team that have been kicked by pundits and the media because of inconsistency. Now they seem a team who’ve got momentum, looking above them saying ‘that’s not out of reach.’ Imagine if they win the League Cup final as well.”

With Manchester City now 14 points clear of Manchester United in second, the title race looks well and truly over, with the real battle now to see who can secure a top-four spot.

“The title is gone, that’s Man City’s,” said Ferdinand. “But everybody’s chasing to get in that top four. Momentum and consistency, and you’ve got a good chance.”