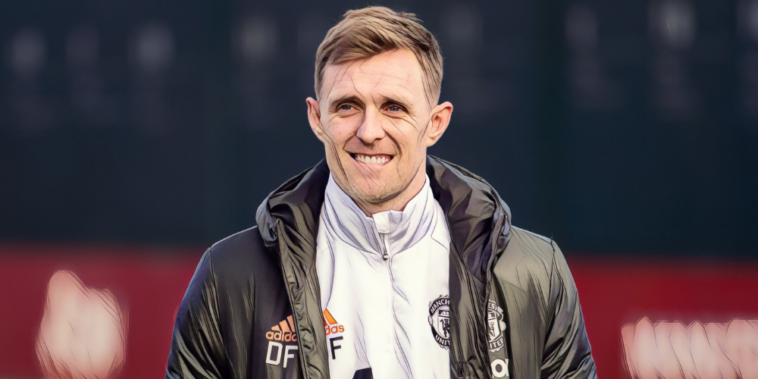 Rio Ferdinand has outlined the qualities that Darren Fletcher will bring to Manchester United following the announcement that the club’s former midfielder has been handed a first-team coaching role.

Fletcher came though the academy ranks with the Red Devils before spending more than a decade in the first team, winning five Premier League titles and the Champions League before later spells at West Brom and Stoke before retirement.

The 36-year-old returned to the club in October and has been coaching United’s U-16 side, though a club statement confirmed yesterday that Fletcher will now join Ole Gunnar Solskjaer and his backroom staff after being promoted to first-team duties.

Ferdinand played alongside the Scot throughout his time at Old Trafford and believes Fletcher will have no problem in voicing his opinion to the squad.

“If he goes in directly with the first team, I think he’s a straight talker,” the former Manchester United defender said on his FIVE YouTube show.

“He’s somebody who will tell people how it is, and I think he’s a man of details as well, he’ll be going in there identifying certain individuals.”

Ferdinand believes that Fletcher’s personality will make him ideally suited to returning to a dressing room environment, and has backed his ‘insightful’ former teammate to make a success of the role.

“I speak to him a lot because we’ve got a group chat of about 20 of us,” said Ferdinand.

“We chat all the time – he’s always insightful.

“He likes a bit of banter, [but] he’s not Mr Serious, he’s a good personality. He likes to have a laugh, laughs at himself – he has to the way he looks.

“But when it’s time to get serious about football, there wouldn’t be many sharper young brains in the game.”

Read Also – From Robbo to Crouchy, the ten must-follow footballers on Twitter