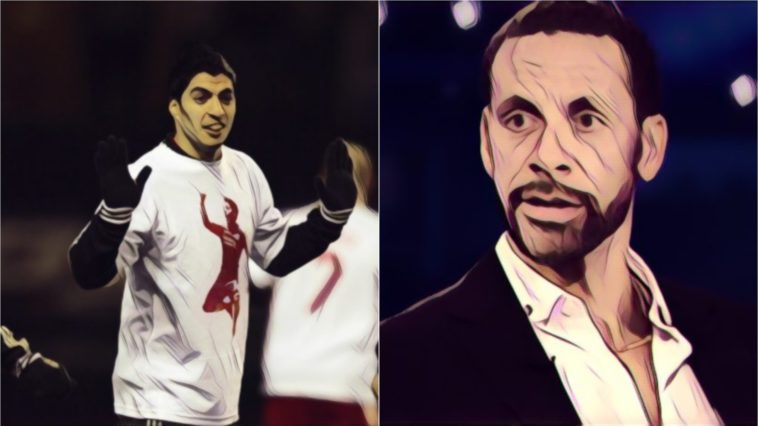 Carragher apologised to Evra on Sky Sports Monday Night Football programme over the t-shirts Liverpool wore in support of teammate Luis Suarez, after the Uruguayan was found to have racially abused the former Manchester United defender in 2011.

Suarez was given an eight-game ban by the Football Association following the incident, after being found guilty following a two-month investigation.

Following the announcement of Suarez’s ban, Liverpool wore t-shirts showing Suarez’s name and number during the warm-up for a clash with Wigan Athletic, a show of support for the forward which Carragher admits the club got wrong.

Ferdinand praised Carragher for showing remorse over the incident, though admits it should not have taken eight years to admit the club’s mistake and has questioned why Liverpool have never offered their own apology.

“Testament to Jamie Carragher for apologising, eight years after the incident.

“I was there on the pitch. At the end of the day, it’s bigger than Jamie Carragher, it’s the club.

“Liverpool let themselves down that day, wearing t-shirts in support of someone who’s been accused of a racist comment.

“Yet, eight years on and still the apology hasn’t come from Liverpool in that sense.”