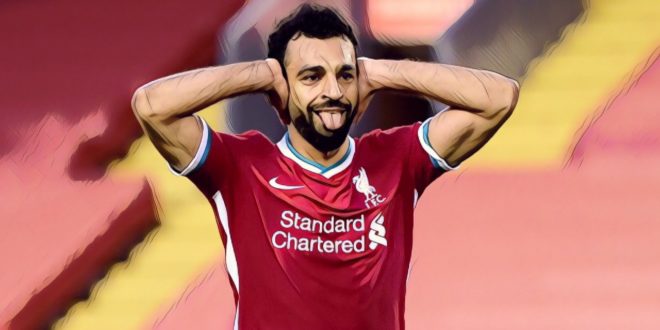 Premier League football has returned with a bang with the latest round of fixtures seeing more goals than on any other weekend in the division’s history, a host of the league’s leading names starring in the early weeks of the new campaign.

Some of the Premier League’s finest forwards have already made their mark with early season goals, with each already likely to be eyeing up the division’s prestigious Golden Boot accolade.

Following the opening fixtures we’ve decided to look at how the bookmaker’s view the race to finish as the league’s leading scorer, here are the five favourites to win the 2020/21 Premier League Golden Boot. Of course, the winner could always be someone not featured on this list but with much higher odds, if you fancy an outsider, it might be an idea to look to a free bet.

Sadio Mane opened his account for the season with a brace against Chelsea last weekend, the Senegal international remaining one of the most exciting attackers in the division at Liverpool.

Mane has scored 20+ goals in all competitions in each of the past three seasons for Jurgen Klopp’s side, including finishing as the joint-leading scorer in the Premier League – alongside Mohamed Salah and Pierre-Emerick Aubameyang – to win a maiden Golden Boot during the 2018/19 season.

The champions remain the team to beat this season and Mane will once again be pivotal to their hopes of success, though the forward’s selfless style means he remains an outside bet for the Golden Boot despite his exploits in recent campaigns.

Sitting around similar odds to Mane is Chelsea summer signing Timo Werner, the German yet to open his account in the Premier League but a player who has guaranteed goals in his career to date.

Werner has scored prolifically over the past four seasons for RB Leipzig, becoming the club’s all-time record goalscorer with a record of 95 goals in 159 appearances in all competitions, including a career-best 34 goals last season.

The 24-year-old may not have found the net thus far but he has proven a bright spark in Chelsea’s start to the season, the forward’s electric pace and effervescent style quickly looking at home in the Premier League.

Werner’s first goal could open the floodgates for the marquee arrival and he will be hoping plenty of chances come his way ahead of a trip to newly-promoted West Bromwich Albion this weekend.

Harry Kane remains one of the Premier League’s premier players when at full fitness and Tottenham will be hoping the forward can avoid significant spells on the sidelines this term, the 27-year-old’s injury record preventing him from competing for the Golden Boot in the past two seasons.

That said, a haul of 17 league goals remains Kane’s lowest tally since becoming a first-team regular at Spurs and the two-time Golden Boot winner certainly has pedigree, including a phenomenal 2016/17 that saw him score 29 goals in just 30 appearances – the best ever Golden Boot-winning season in terms of goals-per-game.

Kane opened his account for the season at Southampton in addition to providing a joint-record four assists in a single fixture, the England captain remaining a talismanic figure for Jose Mourinho’s side as they bid to return to the Champions League this season.

The prospect of Kane lining up in a new-look forward line alongside Son Heung-Min and summer signing Gareth Bale is a hugely exciting prospect and the star will hope the opportunities flow in a successful season for Spurs.

Pierre-Emerick Aubameyang has scored with unerring regularity since moving to English football from Borussia Dortmund two-and-a-half years ago, winning a share of the division’s Golden Boot during his first full season with Arsenal before falling just one goal short in his quest to retain the honour last time out.

The Gabon international has largely been utilised in a wide role by Mikel Arteta but that has done little to dampen his goalscoring output, Aubameyang hitting 22 league goals last season, coincidentally the same tally he managed when winning the 2018/19 Golden Boot.

This season has seen the 31-year-old open his account against Fulham in the Gunners’ first fixture, whilst his signing of a new deal has ended the potentially unsettling speculation surrounding his future.

Aubameyang has bought in Arteta’s methods and ambitions and could reward the Spaniard with yet another prolific campaign at the Emirates.

Salah has elevated his game to new heights since returning to English football and seems destined for iconic status given his current trajectory, the Egyptian international having scored 76 league goals for the Reds to date – the most any player has managed in the Premier League since his signing.

His numbers are all the more impressive given he largely operates from the right flank as opposed to a central attacking role, and whilst he can look untidy at times, his relentless running and occasional selfish streak means the next chance is often only around the corner.

A hat-trick on the Premier League’s opening weekend was an emphatic start to his quest for a third Golden Boot, whilst the arrival of Thiago Alcantara at Anfield is only likely to provide the 28-year-old with increased ammunition.

Read Also – The best Premier League stats of the week: The brilliance of Son, Thiago and Man City