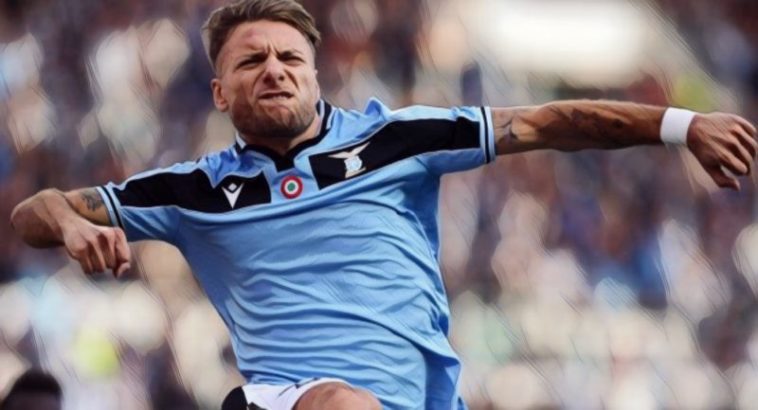 Robert Lewandowski’s anticipated four week absence with a knee injury is devastating news for Bayern Munich, though the forward’s spell on the sidelines is a huge positive for one man – Lazio star Ciro Immobile.

The Italian international is currently edging Lewandowski in the race to finish as European football’s leading scorer, and now looks destined to win the prestigious European Golden Shoe for the first time in his career.

Can anyone stop Immobile? Here are the six leading contenders for the 2019/20 Golden Shoe:

Messi may have significant ground to make up in his bid to finish as Europe’s leading goalscorer, but it would be foolish to rule out the possibility of the record six-time winner securing his fourth consecutive Golden Shoe.

The Barcelona superstar is currently the leading scorer in La Liga this season with 18 goals, a tally boosted by a four-goal haul against Eibar last weekend – a performance that saw Messi become the first ever player to officially register 1000 goal involvements.

Messi has scored over 30 league goals in each of his past three seasons and will need to reach that figure once more if he is to challenge, and will hope to boost his tally during this weekend’s El Clásico against Real Marid at the Bernabeu.

The teenage sensation announced himself to world football in some style this season, scoring prolifically at Red Bull Salzburg – netting a hat-trick on his Champions League debut before becoming the first teenager in history to score in their first five appearances in the competition.

His goalscoring exploits would also see him score 16 league goals over the first half of the season for the Austrian champions, before Borussia Dortmund beat off stiff competition to secure his signing in the January transfer window.

Haaland has enjoyed a blistering start to life in the Bundesliga with nine goals in just four starts, part of a tally of 12 goals in just five starts since making the move to Dortmund and German football.

The Norwegian’s tally of 25 goals equates for 42 points due to the inferior status of the Austrian Bundesliga (1.5 points-per-goal), though having moved to one of Europe’s leading divisions could make a late charge towards the Golden Shoe – few would bet against him following his performances of late.

Ronaldo’s stunning form either side of the new year has moved the Juventus star into contention for a fifth European Golden shoe, the forward currently the second top scorer in Serie A and the in-form player in the division, scoring 16 goals in his past 11 league appearances – failing to blank during a single fixture in that time.

The five-time Ballon d’Or winner has now scored 20+ league goals in each of his past 11 seasons, a remarkable feat for a player who continues to maintain the extraordinary levels set through his record-breaking career.

The Portuguese is bidding to finish as the top scorer in a third of Europe’s five major leagues this season, and with Juve currently embroiled in a tight title race, the Turin side will need Ronaldo to continue his red-hot form over the final months of the season.

The Germany international is attracting interest from some of Europe’s leading sides and the attention is certainly justified following a stunning season at RB Leipzig.

Werner has scored prolifically for the Bundesliga side over the past four seasons but has elevated his game to greater heights this term, scoring 27 times in all competitions including 21 in German football’s top flight.

That figure matches the 23-year-old’s best-ever personal haul and leaves him firmly in contention to finish as both the Bundesliga and Europe’s leading scorer this season.

Liverpool are reportedly strongly interested in signing a player who has fired Leipzig into title contention this season, and Werner’s influence will be crucial as the club look to win the championship for the first time in their history ahead of traditional giants Bayern Munich, Borussia Dortmund and fellow challengers Borussia Monchengladbach.

The brilliant Bayern forward has enjoyed arguably the finest season of his prolific career to date, scoring 40 goals in all competitions including leading the Bundesliga with 25 goals in just 23 appearances.

Despite finishing as the top scorer in German football four times previously, the Poland international has never won the Golden Shoe and his recent injury could end his hopes of a maiden crown.

The 31-year-old is expected to miss four weeks with a knee problem suffered in the club’s Champions League last-16 first leg win at Chelsea, and he will hope to still be in contention upon his return to full fitness.

Bayern will hope their influential number nine can return to action as soon as possible, Lewandowski currently the top scorer both domestically and in the Champions League.

Immobile has enjoyed the finest period of his career since finding a home in the Italian capital with Lazio, the forward having previously drifted between clubs despite his evident talents and ability to score prolifically when provided with the right service.

This season has seen the 30-year-old produce arguably his best-ever form in front of goal, firing 27 Serie A goals in just 24 appearances to lead the way in his pursuit of a third Capocannoniere as the divison’s top scorer.

Immobile’s goals have fired Lazio into surprise contention for a first league title since 2000, the club currently just a point behind leaders Juventus as they bid to end the Turin’s side domestic dominance.

The forward will hope to continue his fine form as Simone Inzaghi’s side seek silverware this season, and become just the third Italian after Luca Toni and Francesco Totti to be named as winner of the European Golden Shoe.