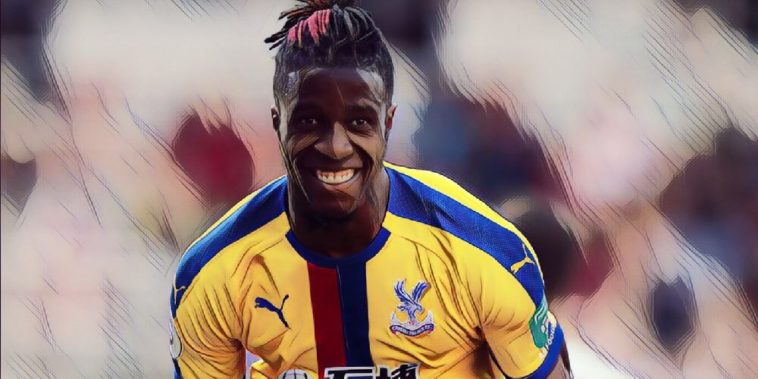 Often heralded as the best player outside the top-six, Crystal Palace winger Wilfried Zaha is once again set to dominate the transfer headlines again this summer.

After being priced out of a move last summer, the Palace academy graduate has reportedly once again told his club he wants to move on and test himself at an elite level. Having seen a move to Man United fail to work out earlier on in his career, Zaha has rebuilt his reputation in recent seasons, and his blend of pace, skill and proven Premier League pedigree are sure to make him an attractive proposition for many a top-flight manager.

So for those of you interested who like to keep up to date with the best Canadian gambling sites, here are the Bookies five favourites to sign Crystal Palace winger Wilfried Zaha.

Spurs were often linked with Zaha during Mauricio Pochettino’s reign in north London, and it’s hard to argue that the talented wideman wouldn’t add an extra dimension to Tottenham’s attack.

However, even with Palace thought to have reduced their asking price from £100 million to around the £70-80m mark, both manager Jose Mourinho and chairman Daniel Levy have insisted the club won’t have a large transfer kitty this summer, making a club-record move for the Ivorian attacker unlikely.

Spurs are also reasonably well-stocked in the wide forward area, with Son Heung-min, Lucas Moura and January signings Steven Bergwijn their current options. You’d also have to question whether a free spirit like Zaha would fit into a side managed by Mourinho, the Portuguese coach known to demand a massive defensive effort from his wingers.

We’ll go out on a limb here and say there’s no chance of Zaha strutting his stuff at the Tottenham Hotspur Stadium next season, and Spurs are more likely to be interested in cut-price options like free agent Ryan Fraser.

Ok, so any potential transfer to take Zaha to the north East hinges entirely on the whether the clubs Saudi Arabian backed takeover goes ahead. Controversial Magpies owner Mike Ashley agreed to sell the club to the Saudi’s PIF three months ago, but the deal is currently deadlocked after concerns were raised during the Premier League’s Owners and Director’s Test.

If the PIF does take control, they are said to want to make former Spurs boss Mauricio Pochettino the club’s manager and will target some of the biggest players in European football as they bid to make Newcastle a major force in both the Premier League and Champions League.

A move to a club looking to build a dynasty based on a massive cash injection in the same fashion as Chelsea and Man City have done in recent times would certainly match Zaha’s ambitions, although only once the takeover is rubber-stamped can this mooted move be taken seriously.

On paper at least, a move to Dortmund would be a good one for Zaha, the 27-year-old clearly has the technical and physical attributes required to thrive in the Bundesliga and he would also fulfil his ambition of competing in the Champions League.

Dortmund are also said to be looking for a winger to replace Jadon Sancho, who is expected to return to England this summer. However, forking out £70-80 million for 27-year-old is not really the Dortmund way, with the Westfalenstadion outfit’s business model centred around buying talented youngsters and then selling them on a few years later at a massive profit.

As much as we’d like to see Zaha ripping it up for BVB next season, the German club’s interest in 22-year-old Lille forward Jonathon Ikone seems a more realistic proposition.

The Toffees were heavily linked with a move for Zaha last summer, although like most other clubs they were unwilling to meet Palace’s £100 million valuation of the Ivory Coast international.

After the mid-season appointment of Don Carlo Ancelotti as their manager, Everton are once again expected to spend big this summer. However, let’s not sit on the fence here, Zaha would have to wave goodbye to his Champions League ambitions if he moves to Goodison Park, with the current Toffees squad having no chance of finishing in the top four anytime soon.

Ancelotti’s coaching CV is one of the most of impressive in the game, but he is no miracle worker. Sadly for Everton fans, it seems Farhad Moshiri’s millions have been squandered on a bunch of misfits in recent transfer windows, with the current squad a collection of players probably too good for bottom half of the table sides, yet deemed not up to scratch for top six clubs.

The likes of Alex Iwobi, Gylfi Sigurdsson, and Michael Keane act as perfect examples of this phenomenon.

Therefore, while Zaha would be handsomely rewarded financially by a move to Merseyside, it would also at the same time be an admission that he simply isn’t quite good enough for a top-six club.

Zaha did everything he could to try and push through a move to Arsenal last summer, even revealing that he grew up as a Gunners fan. Former Arsenal boss Unai Emery has since admitted that he made the Palace winger his number one target, although the club instead opted to splash £72 million on Zaha’s international teammate Nicholas Pepe.

While Arsenal haven’t qualified for Europe’s elite club competition in four years, Mikel Arteta has already proved himself to be an astute coach, and with a few quality signings in the right areas, the Gunners will at least be competitive in the race for the top-four next season.

Despite their struggles of late, Arsenal remain one of the most prestigious clubs in English Football and a move to the Emirates would be a real positive step forward in Zaha’s career.

If Arteta can convince his club’s board to spend big this summer, an all African front three of Zaha, Aubameyang and Pepe would certainly be a frightening proposition next season.