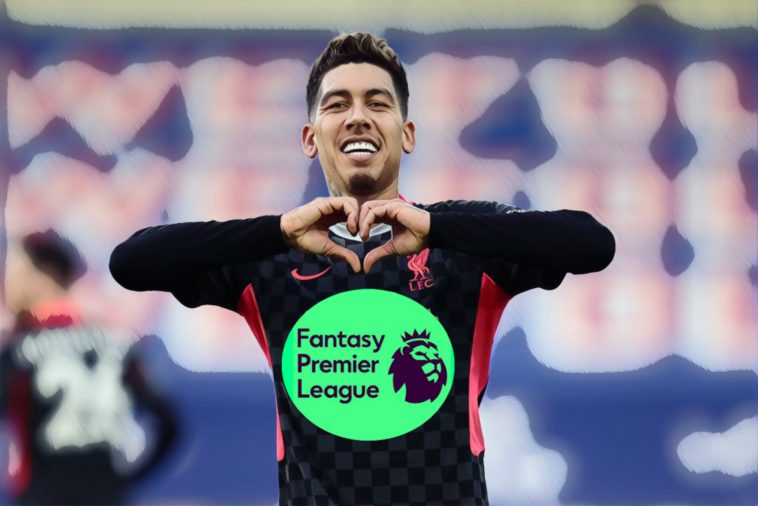 The non-stop football continues this week with two rounds of fixtures taking place across four days after Christmas.

In this week’s FPL tips column we look at why it might be time to bring in the maximum number of Liverpool players, possible replacements for some recently injured defenders, and an unlikely differential with the potential to explode.

Make sure you’re subscribed to The Fantasy Faithful podcast for all the latest tips and discussion on all things FPL.

Time to load up on Liverpool?

It’s fair to say that most FPL managers out there will have at least one Liverpool player in their squad, while many of you will have two, but with the Reds not quite hitting the heights of the previous two seasons there aren’t a lot of managers tripling up on the champions.

That might, and probably should, change following Liverpool’s 7-0 walloping of Crystal Palace. It was a statement victory over a side that used to be a bogey team for them that put the club four points clear at the top of the table.

Liverpool are properly hitting their stride now, and you might recall that this time last season they really pulled away from the chasing pack with a series of dominant performances over the festive period. And seemingly everyone is in form, none more so than Mo Salah (£12.5), who is punishing non-owners to a deadly degree this month.

But if managers are looking to triple up on Liverpool players, then who should be given serious consideration?

Andy Robertson (£7.3) is the second-most owned player on the team (20.8%) and his quality has been obvious this campaign. A defensive double-up with Trent Alexander-Arnold (£7.2) was popular at the beginning of the season, but the right-back’s indifferent form and hefty price saw his ownership drop significantly. He recently returned from a spell on the sidelines and provided the assist for Jordan Henderson’s goal last week.

It’s perhaps too early to buy the English international right now, particularly when Robertson is providing greater returns at a similar price. But a much cheaper route into Liverpool’s defence comes in the form of Joel Matip (£5.4). The Cameroonian is not necessarily nailed on to start (three starts in the last six league games), but he is the team’s only fit, senior centre-back right now so expect him to feature heavily.

In midfield Sadio Mané is too expensive and unreliable at the moment to justify spending £11.9 to play him alongside Salah in the same team, but an unlikely differential has emerged in that position.

Curtis Jones (£4.4) has not looked out of place since playing his first full match for Liverpool against Leicester City a month ago, despite only being 19-years-old. Since then he has averaged the fourth-most passes (86.15) and successful final third passes (22.67) per 90 in the league. He has no goals or assists so far, but his price point is far too good to ignore.

But the most interesting option for this writer is Roberto Firmino (£9.3), who has scored three goals and made one assist in his past two matches. While not the most lethal of strikers in the Premier League, the Brazilian tends to have bursts of good form in a short period of time. Getting now while he’s hot and only owned by 4.4% of managers could be

Recent injuries to highly-owned Chelsea assets Ben Chilwell (£6.1) and Reece James (£5.3) were a hammer blow to fantasy managers, while the news that Tariq Lamptey (£4.8) has a hamstring injury that will keep him out of Brighton’s St Stephen’s Day clash with West Ham only compounded matters. So who are the best options to replace them?

The Southampton defence offers a lot of great value right now: Kyle Walker-Peters (£4.7), Jan Bednarek (£4.7), and Jannik Vestergaard (£5.0). The Saints have kept five clean sheets and conceded the sixth-fewest chances (139) in the league so far, but Vestergaard offers the biggest threat in attack. No defender has more headed goals than his three, a number that should increase given Southampton’s reliance on set piece master James Ward-Prowse.

Kurt Zouma (£5.8) is the only defender with more goals (4) than Vestergaard, with three of them also coming from his head. Chelsea are similarly proficient to Southampton on set pieces and the Frenchman is quite the weapon when the ball is whipped into the box. He also presents a straightforward swap with the two injured Blues full-backs.

Across London, Vladimir Coufal (£4.6) has been impressing for West Ham United since arriving in the summer, providing three FPL assists. Only Andy Robertson, Aaron Cresswell and Joao Cancelo have completed more key passes than his 18, two of which were big chances created. The Hammers also have a cushy set of double fixtures in GW19, facing West Brom and Burnley at home.

If I were to ask to guess the player with the most shots (17), shots on target (10) and second-most goals (3) in the Premier League over the past four gameweeks, you wouldn’t be able to come up with the correct name.

It’s not Mo Salah or Harry Kane or Jamie Vardy. No, it’s Anwar El Ghazi (£5.7). The Aston Villa winger has take 17 shots, 10 of which were on target, and scored three goals, but the most peculiar thing about it is that his team weren’t even playing in GW11, making his numbers all the more impressive.

Two of his goals came from penalties, but that should not detract from his attractiveness as an FPL asset. In fact, it only enhances it. The Dutchman was recently put on penalty duty ahead of striker Ollie Watkins, and with Jack Grealish’s ability to win fouls in the area he should be taking a few more before the season is out.

"An amazing night for me, for Aston Villa, another derby we won!"

Aston Villa's Anwar El Ghazi was happy with his two goals against local rivals West Brom after failing to convert plenty of chances last time out vs. Burnley 🎯

El Ghazi does have 13 shots from open play, though, and has the most expected goals (2.76xG) over the past four gameweeks. That’s mightily impressive for a winger, even before you consider he takes the odd free kick.

He has missed a lot of excellent chances in recent weeks, however, ones that you would really want falling to Watkins. Grealish has set him up with four chances inside the box but has failed to convert any of them. That makes him a potentially frustrating asset to own, but with just 0.6% ownership right now he could also be a massive boon to your squad.