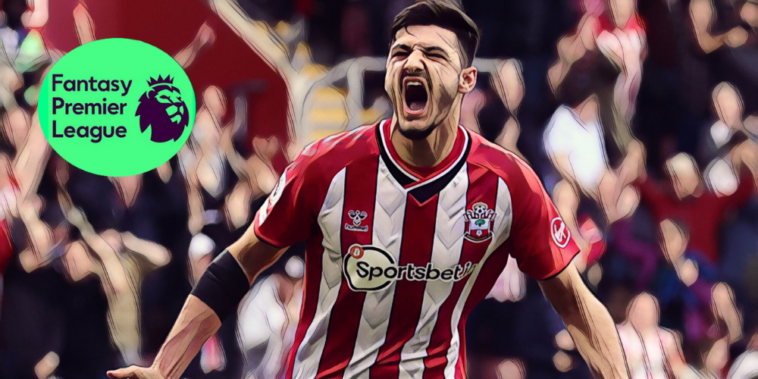 In this article, I will run you through five differentials, each with less than 10% ownership, to help you gain an advantage over your mini-league rivals.

The Chelsea loanee registered his first Premier League goal of the season at the weekend and has done enough to secure his starting spot for at least the short term. Broja was a commanding presence against Leeds, as he recorded a total of ten penalty area touches with five shots from inside the box, the highest among all players in the Gameweek.

Broja is priced at just £5m and is the cheapest starting striker available in FPL at the moment. The Saints have an extremely favorable run of fixtures where they face Burnley, Watford, Aston Villa and Norwich in the next four so anyone willing to punt on Broja is likely to profit not only this week, but in the weeks to come as well.

Man City are ranked best for xG conceded, big chances conceded, shots conceded and shots in the box conceded this season. Laporte has been one of their standout performers of the season so far, and has established himself as the first choice centre-back partner with Rúben Dias.

Pep Guardiola has been very complimentary of Laporte’s recent performances and named him in a very strong Champions League lineup against Club Brugge. He was substituted around the hour mark once the game was wrapped up, which suggests another start is likely at the weekend.

Laporte is also ranked second among defenders for shots in the box this season, which suggests his goal threat is a bit under-rated.

Mbeumo was very unlucky not to have scored against Chelsea at the weekend. He hit the woodwork twice, which has so often been the case so far. No player has hit the woodwork more times than Mbuemo (6) this season.

Mbeumo is classified as a midfielder in FPL, but he’s often the furthest man on the field for Brentford as per the average position maps and has a share of the set pieces.

He is the standout player in his price range, having accumulated the most number of big chances among budget midfielders. He has accumulated the highest xG among all the Brentford players as well which just highlights the value he is offering.

Not only is he a good option for this week, but also for the fixtures to follow. The Bees are set to face Burnley, Norwich and Newcastle in the weeks to come so Mbeumo looks good for the long run.

Leicester might be a tricky fixture on paper but Brentford have shown that they can more than hold their own against the big boys, having accumulated a xG of 2.3 and 2.1 against Liverpool and Chelsea respectively this season.

No team has a worse xG conceded than Newcastle this season nor has any side in the league conceded more big chances. What’s also worth noting is that Newcastle have conceded 38 chances down the middle this season, which is abnormally high and the second worst in the division.

Edouard is coming into gameweek nine on the back of a goal against Arsenal and he will be high on confidence. He is likely to operate in the same area where Newcastle have been zonally weak so there is a good chance that his FPL owners might benefit.

Watford are coming off the back of a disjointed performance against Liverpool with their attack looking toothless at the moment. With the exception of the Norwich fixture in which they registered six big chances alone, they have recorded just two big chances in seven fixtures which shows how poor they have been when it comes to carving out opportunities.

Everton will be without Abdoulaye Doucouré through injury but I still think they will fancy themselves to stop Watford from registering. Watford are also yet to score in an away game other than their win over Norwich this season.