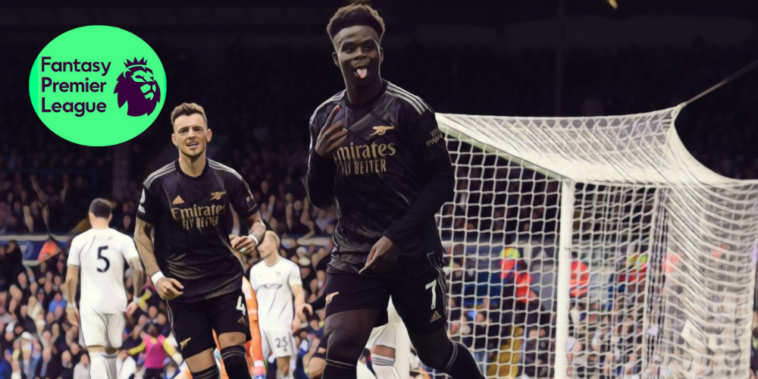 Gameweek 13 brings a full round of Premier League fixtures as the games come thick and fast before the pause for the World Cup next month. Chelsea face Manchester United in a clash between two top four hopefuls, while Manchester City host Brighton as the champions look to bounce back from a first defeat of the season last time out.

Here are four of the best captains for Gameweek 13 of Fantasy Premier League.

Haaland had returned a goal or assist in nine consecutive games to start the season, but was unable to trouble the scoresheet as City lost 1-0 at Anfield.

The Norwegian goal-machine will return to favour for FPL managers this weekend, as City take on a Brighton team without a win in four. Pep Guardiola’s side had the welcomed break of no midweek fixture, with the champions set to take on the Seagulls refreshed and recharged.

That could be bad news for Roberto De Zerbi, who is awaiting his first win as Brighton boss. The Seagulls have failed to score in their last three and face an unenviable task at the Etihad.

City have won seven straight games on home soil this season, scoring 31 goals in the process.

Darwin Nunez vs Nottingham Forest (A)

Jurgen Klopp said Darwin Nunez ‘had arrived’ at Liverpool after the forward’s winner in midweek, with a brilliant header from Kostas Tsimikas’ cross earning the Reds a 1-0 win over West Ham.

The Uruguayan was a thorn in the Hammers’ side during a lively cameo, in which he scored, struck the post, fired a huge six shots at goal and clocked the fastest speed recorded in the Premier League (38kmph).

Liverpool travel to face a struggling Nottingham Forest side this weekend, buoyed by three consecutive wins in all competitions. Only Leicester (24) have conceded more than Forest’s 23 goals this season and Steve Cooper’s side are without a win in nine games.

Nunez’s finishing has been somewhat erratic during the season’s opening weeks, but the 23-year-old has mustered a league-leading 7.37 shots per 90 minutes in the Premier League this season, far more than either Erling Haaland (4.71) or Aleksandar Mitrovic (4.30) who are placed behind. He’s a sure bet to be among the chances at the City Ground.

Phil Foden could offer a fine differential option to his aforementioned teammate Haaland, with the Manchester City forward having shone in home fixtures so far this season.

Foden has five goals and four assists from just five appearances at the Etihad this season, already more than he managed across the entirety of the 2021/22 campaign on home soil.

Expert Sam Bonfield shares her thoughts on the @ManCity midfielder in the latest #FPLPod@FPLFamily | 🎧 https://t.co/Yvlkbr2966 pic.twitter.com/YCgFTN4rSM

The 22-year-old has averaged 9.4 points-per-game in home fixtures, ahead of the visit of Brighton to Eastlands this weekend. His last two home fixtures have seen Foden haul 19 (v Manchester United) and 11 (v Southampton) points respectively and the England international is one of the most in-form assets in FPL right now. He has five goals and an assist across his last four appearances.

Foden has received 300,000+ transfers in this week and is the most bought player ahead of Gameweek 13.

Bukayo Saka vs Southampton (A)

Mikel Arteta has insisted that Bukayo Saka does not need rest at the moment, in welcome news for owners of the Arsenal whizz-kid.

Saka has been in brilliant form this season and appears to be stepping up the gears in recent weeks, having blanked just once across his last seven Premier League fixtures.

🗣 "Look at the top players in the world, they play 70 matches, every three days and make the difference and win the game. If you want to be at the top you have to be able to do that."

Mikel Arteta explains why Bukayo Saka is playing a lot of minutes this season pic.twitter.com/msEKUgDc83

The 21-year-old has scored four goals and laid on four assists across that run, averaging 7.4 points per game since Gameweek 4. Arsenal travel to Southampton this weekend looking for a ninth straight win in all competitions, with the Gunners four points clear at the top of the division.

The Saints have kept just one clean sheet in 11 games this season. Their first shut-out of the season came in the midweek win at Bournemouth.