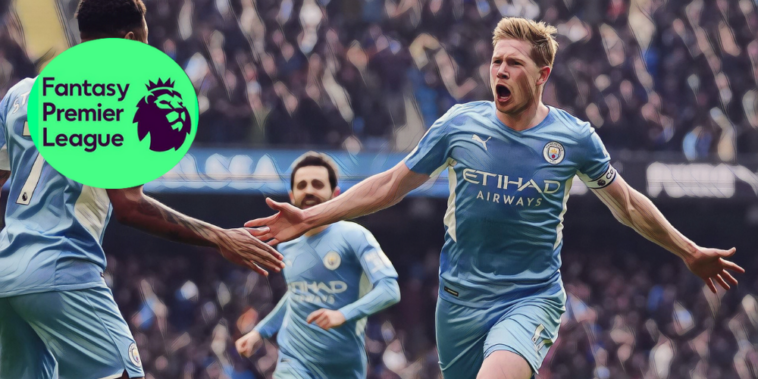 This weekend’s fixtures will see Antonio Conte face his former side as Tottenham take on Chelsea, whilst Everton begin life post-Rafael Benitez as Aston Villa arrive at Goodison Park.

Elsewhere there’s a big clash at the bottom as Watford meet Norwich, whilst Manchester United and West Ham look to keep their top-four hopes alive in an intriguing match-up at Old Trafford.

Ahead of Gameweek 23, we’ve looked at four of the best Fantasy Premier League captaincy options.

Manchester City look near-on unstoppable at present, recording a 12th consecutive Premier League victory against Chelsea last weekend to extend their advantage at the top of the division.

An ominous warning for the increasingly distant chasing is the return to form of Kevin De Bruyne, who continued his upturn in performances with the winning goal at the Etihad in Gameweek 22.

The Belgian has averaged 6.8 points per match across his 95 home appearances for Man City pic.twitter.com/OtVWgfTYON

De Bruyne has been somewhat overlooked during a mixed season so far, but has returned 47 points across his past six gameweeks, at an average of 7.8 points per game.

De Bruyne’s underlying numbers remain amongst the Premier League’s best with only Trent Alexander-Arnold bettering his xA per 90 (0.38), whilst a return of six goals from 11 starts – equalling his haul from the entirety of last season – demonstrates his shooting threat.

Captaining defenders can often resemble something of a gamble, but Trent Alexander-Arnold is far from your average right-back.

The 23-year-old ranks behind only Mohamed Salah for total points (142) scored this season, after registering his 10th assist of the campaign – a league-leading total – against Brentford last time out.

Liverpool face a trip to Crystal Palace this weekend and it is a clash that could see Alexander-Arnold earn points at both ends of the pitch, with the England international having provided attacking returns in four of his past five appearances.

Alexander-Arnold leads the league for assists, xA, key passes, shot-creating actions and crosses so far this season and those numbers make the Reds’ right-back an intriguing option for captaincy in Gameweek 23.

Bukayo Saka is among the most in-form players in the Premier League right now, with the winger having provided attacking returns in five consecutive FPL fixtures.

Saka has four goals and two assists since Gameweek 16 and has one of the more appealing fixtures of this weekend’s games as Arsenal host the Premier League’s bottom side in Burnley.

The Gunners saw last week’s North London derby postponed and Mikel Arteta’s options are stretched at present, but should have enough to keep their Champions League chase alive against the Clarets.

Saka ranks second amongst his Arsenal teammates for shots (2.1) and key passes (1.7) per 90, whilst he is also the Gunners most fouled player which bodes well for potential assist points in FPL.

Back-to-back wins have eased Leeds’ fears near the bottom, with Marcelo Bielsa’s side moving clear of danger after a thrilling victory at West Ham last weekend.

Jack Harrison stole the show with a hat-trick at the London Stadium, but it is Raphinha who remains Leeds’ central figure and the Brazilian will have his sights set on another FPL haul against struggling Newcastle in Gameweek 23.

🔥 Only Mohamed Salah (121) has recorded more shots and key passes combined than Raphinha (93) in the Premier League this season. Highly productive players pic.twitter.com/kXJ0oSit1H

Raphinha has returned in three of his past four FPL appearances, whilst he ranks eighth in the Premier League for xA and total shots this season and fifth amongst all players for key passes.

His figures for shots per game (3.1) and key passes (2.1) are leading totals at Leeds and he will hope to add to his eight Premier League goals this season when the Magpies visit Elland Road this weekend.