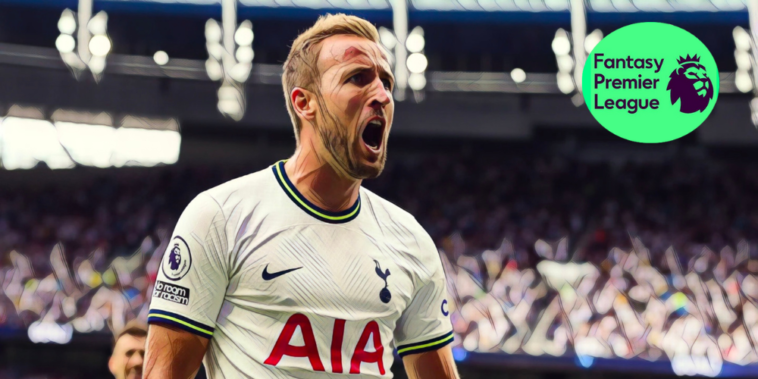 Gameweek 11 will see last season’s top two, Liverpool and Manchester City, meet at Anfield on Sunday, as the Reds look to use a big midweek win at Rangers as a springboard back into form. Elsewhere, league leaders Arsenal travel to Leeds, Manchester United take on in-form Newcastle, and Tottenham host Everton.

Erling Haaland vs Liverpool (A)

Regular readers of this feature will know that we rarely pick a captaincy quartet without Erling Haaland. On the evidence of the season so far, why would we?

Haaland has scored a staggering 15 goals in nine league games this season and has 20 in 13 across all competitions for City. It is a rate of return that has exceeded even the wildest expectations and even given the trip to face Liverpool this weekend he will be at the forefront of FPL manager’s thoughts.

Liverpool have been leaky this season and have conceded the first goal in six of their eight league games. The Reds’ slow starts were evident again despite a morale-boosting 7-1 win at Rangers in midweek, as Scott Arfield opened the scoring at Ibrox for the Scottish side. Their last two Premier League games have seen goals conceded in the fourth and first minutes respectively, a worrying trait that City and Haaland will look to capitalise on this weekend.

So far this season, Liverpool have not been the force of old. Their xGA (expected goals against) figure ranks 12th in the Premier League this season. Across their last four games that drops to 17th, with only Fulham, Nottingham Forest and Leicester posting worse defensive numbers over that period. A cause for concern for Jurgen Klopp.

Haaland leads the Premier League for shots inside the box (25), big chances (10), and shots on target (15) across the last six gameweeks and remarkably, has averaged an FPL point every 7.3 minutes so far this season.

Fantasy Premier League managers will be keeping a keen eye on updates regarding Aleksandar Mitrovic this week, with the Serbian striker a doubt for Fulham’s clash with Bournemouth.

Should he be passed fit, however, Mitrovic will be an attractive option for the captaincy. The 28-year-old has scored six goals in eight league games for Fulham this season and Marco Silva will be desperate to get his side’s talisman back in the team.

FPL managers waiting for a Mitrovic update from Silva all week pic.twitter.com/2JmkZUMeWB

The Cottagers have lost successive games but remain ninth in the division and the arrival of Bournemouth to west London will be viewed as a fixture to maximise points from.

Despite their improvement under Gary O’Neill and a five-game unbeaten run, the Cherries can be vulnerable defensively. Just six teams have worse xGA numbers across Bournemouth’s five games under O’Neill’s management, while their defensive statistics for the entire campaign are the third-worst in the division.

Harry Kane’s start to the season would have generated more noise had it not been for a certain Norwegian goal-getter grabbing the headlines.

Kane has scored eight goals in just nine league appearances for Spurs this season and has netted in four consecutive Premier League games. He added another goal from the penalty spot and an assist in the Champions League in midweek and will be in confident mood as the north Londoners take on Everton this weekend.

Harry Kane has scored 8 goals in his first 9 Premier League games this season but nobody is talking about it because of Erling Haaland 😑 pic.twitter.com/HSUAQxaRr2

Since blanking on the opening weekend against Southampton, Kane has produced eight goals and two assists in eight gameweeks to emerge as one of the most consistent FPL options.

He also boasts a brilliant record against this weekend’s opponents, having scored 13 goals in 14 Premier League appearances against Everton.

Gabriel Jesus vs Leeds (A)

Gabriel Jesus should be fit to feature this weekend despite missing Arsenal’s trip to face Bodo/Glimt in the Europa League on Thursday.

The Brazilian has not travelled as Mikel Arteta looks to rest his leading scorer, who has played all 11 games for the Gunners this season, scoring five goals and registering five assists.

Gabriel Jesus is feeling at home at Arsenal ❤️ pic.twitter.com/gDXMbYmQvi

Arsenal travel to face Leeds this weekend looking to maintain their lead at the top of the division. The north Londoners have not lost to this weekend’s opponents in any competition since May 2003, while their superiority over Leeds has remained since the latter’s promotion to the top tier in 2020. In four league meetings, Arsenal have scored ten goals and conceded just four.