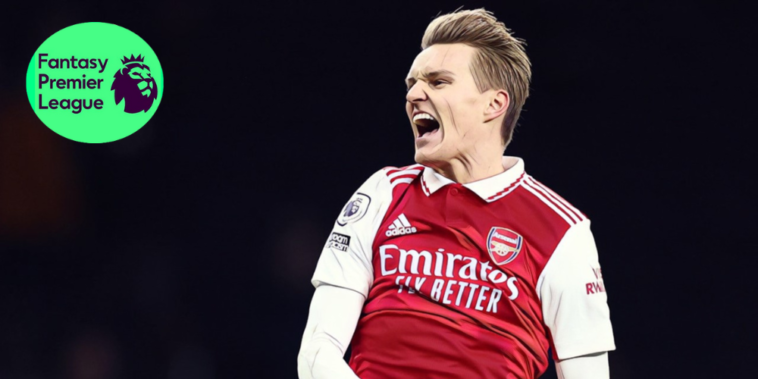 Ahead of this weekend’s Premier League action we’re on hand to provide our best advice for Fantasy Premier League, selecting four options we believe should be the leading contenders for your crucial captaincy.

Gameweek 21 features some huge clashes with the headline fixture a meeting between old rivals Arsenal and Manchester United. Liverpool and Chelsea also go head-to-head at Anfield, as both teams look to address their struggles this season and find form.

Ahead of Gameweek 21, we look at four of the best captaincy options in Fantasy Premier League.

Erling Haaland remains the go-to captaincy option for Fantasy Premier League managers, despite a – by his extraordinary standards – dip in output in recent weeks.

Haaland has failed to score in his last three appearances for Manchester City, who have been below their usual best in recent fixtures. The Norwegian cut a frustrated figure during City’s derby defeat at Manchester United last weekend, which could spell bad news for Wolves in Gameweek 21.

Man City have only won 2 games in the Premier League when Erling Haaland hasn’t scored.

Haaland faces Tottenham in the second of his Gameweek 20 fixtures on Thursday night, before the arrival of Wolves at the Etihad this weekend.

Wolves have shown improvement under new head coach Julen Lopetegui, but their last five meetings with the champions have all ended in defeat. City have scored 16 goals across those fixtures, including a 4-1 win at the Etihad last season.

Martin Odegaard is leading Arsenal’s title charge this season and the midfielder has hit a purple patch around goal in recent weeks.

Odegaard scored his eighth goal of the Premier League season at Tottenham last weekend, moving past his total from last season in what has been a coming-of-age campaign for the Norwegian. No midfielder has scored more goals than Odegaard this season, who has averaged 10.2 points per game across that last five gameweeks.

Martin Odegaard is having an incredible season 👏 pic.twitter.com/RJjPLux1zz

The 24-year-old has five goals and three assists in his last seven league appearances for the Gunners and will be hoping to take Arsenal a step closer to the title against Manchester United this weekend.

Manchester United have won nine straight games in all competitions ahead of Wednesday’s trip to Crystal Palace, but Odegaard’s form makes the midfielder difficult to overlook as a captaincy option.

Ivan Toney vs Leeds (A)

Ivan Toney might be facing uncertainty off the pitch at present, but the Brentford forward has not allowed that to impact his performances this season.

Toney trails only Erling Haaland and Harry Kane for goals in the Premier League this season and netted his 13th of the campaign as Brentford beat Bournemouth last time out.

The 26-year-old has now scored five goals in his last four league appearances for the Bees and will be confident of adding to that total as Brentford take on a Leeds team in poor form this weekend.

9/9 – Ivan Toney has scored all nine of the penalties he has taken in the Premier League, with only Yaya Touré now having a better 100% record from the spot in the competition (11/11). Unblemished. pic.twitter.com/IJvwqBrg2x

Leeds are without a win in six games and have lost seven of their last 11 in the Premier League. Toney has scored more Premier League goals (3) against Leeds than any other opponent (also Norwich), after hitting a hat-trick in the reverse fixture earlier in the campaign.

Brighton are impressing right now and Kaoru Mitoma has enhanced his reputation with a string of strong showings for Roberto De Zerbi’s in-form side.

The Japan international was excellent in the win over Liverpool last weekend and is increasing in ownership in FPL, having recorded attacking involvements in each of his past three fixtures.

Teammate Solly March will be a popular pick as an alternative to Mitoma, having outscored his fellow winger – 44 points to Mitoma’s 23 – across the last four gameweeks after a purple patch around goal.

8 – Only Lionel Messi (9) has completed more take-ons in the opposition penalty area than Kaoru Mitoma (8) in Europe's big five leagues this season, despite Mitoma only starting six of Brighton's 18 games. Scholar. pic.twitter.com/xTbCecttoZ

However, Mitoma’s underlying numbers make for greater reading and he has had more penalty area touches (33-18), big chances (5-1), and shots in the box (10-7) than March across that period.

The Seagulls take on a Leicester side on a run of four straight losses this weekend and face Bournemouth (H), Crystal Palace (A) and Fulham (H) in the coming weeks. Now is the time to invest in Brighton assets.