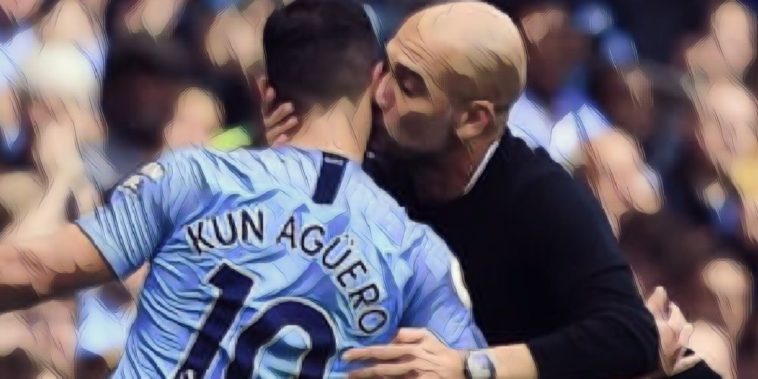 Sergio Aguero is still banging in the goals for Man City, and showing no signs of slowing up, but Pep Guardiola has admitted that the club is already looking at his long-term successor.

With 16 Premier League goals to his name so far this term, Aguero is second only to Jamie Vardy in this season’s goalscoring charts, with the 31-year-old having hit 20 top-flight goals or more in each of the last five campaigns.

The Argentine – who has netted a club record 252 goals for the Citizens – has made no secret of his desire to finish his career back in his homeland, a move which could come at the end of next season when his current Man City contract expires.

City are already contemplating life without club legend David Silva, who is set to leave the club this summer, though it is hoped academy product Phil Foden can be the natural replacement for the Spanish playmaker.

However, Pep Guardiola has admitted that replacing a proven goalscorer such as Aguero is ‘not easy’, admitting the club are scouring the globe for a potential replacement for the clubs record goalscorer with a player who has the ‘smell of a goal’.

“It’s a completely different approach with strikers compared to David and the others,” Guardiola told his press conference ahead of today’s FA Cup tie with Fulham.

“Strikers is numbers. Strikers is a smell of a goal. It is not easy to find it and I think all the big clubs need this kind of guy. When Sergio is fit and happy, he can do anything.

“We have a department here to look at new talented players in different countries. People talk about players to me and show highlights but I don’t have time to look in depth at the specific skills.”

See also – Tweets of the Week: That feelgood factor, Peak Everton, and the Môn Maradona