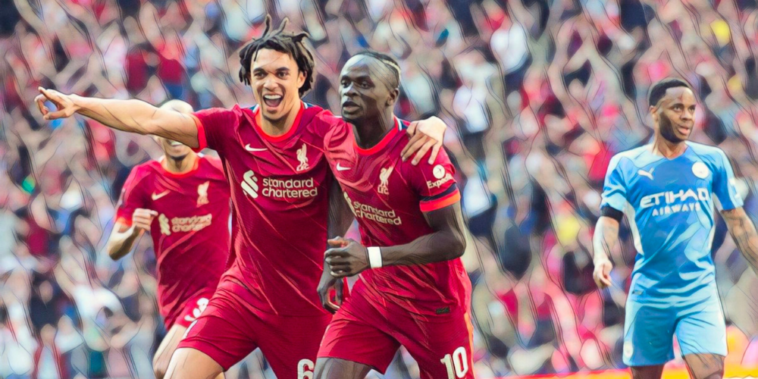 Liverpool produced a fine first half performance to blow away a below-strength Manchester City at Wembley, securing their place in a first FA Cup final in a decade after a 3-2 win.

The Reds will meet Chelsea in a rematch of that 2012 showpiece, after the West Londoners beat an improving Crystal Palace team to reach the FA Cup final for a third consecutive campaign.

Here are five things we learned from the FA Cup semi-finals.

Pep Guardiola has been an advocate for five substitutions to be reintroduced into English football, but once again showed his stubborn side with a refusal to make changes at Wembley.

City had been second-best and headed into half-time 3-0 down against Liverpool, though there was little movement on the bench from Guardiola, whose first – and only – change was to introduce Riyad Mahrez with just seven minutes remaining.

Having pulled a goal back within the opening seconds of the restart, it was a surprise that the Spaniard refused to change his side with names such as Kevin De Bruyne and Ilkay Gundogan among a strong line-up on the substitutes’ bench.

Given Guardiola’s achievements it is difficult to doubt the City boss, but there is a sense of ‘you made this mess, you fix it’ on occasion when his side produce a below-par performance.

There’s little doubt his initial team selection will have also raised optimism in the Liverpool ranks with one of City’s stand-ins – goalkeeper Zacc Steffen – enduring a calamitous moment for the Reds’ second goal of the afternoon.

Perhaps the biggest surprise on Jurgen Klopp’s team sheet was the presence of Jordan Henderson on the substitutes’ bench, with the Liverpool captain dropped in favour of Naby Keita.

There have been encouraging signs from Keita in recent weeks with Klopp valuing the midfielder’s value to the press and the Guinean vindicated his inclusion with an impressive performance.

Keita was full of running, aggression, and intelligent use of the ball, forming part of a Liverpool midfield that ran riot across the opening 45 minutes at Wembley.

The 27-year-old’s four seasons at Liverpool have been a mix of bright performances, forgettable showings and recurring fitness problems, but his recent displays have highlighted what he can bring to the side.

Excellent in the win at Benfica earlier this month and again imposing this weekend, his style adds brilliant balance to a midfield three containing Fabinho and Thiago Alcantara.

Fabinho was much improved from his struggles at the Etihad last weekend, whilst Thiago oozed class as he conducted the rhythm of Liverpool’s game.

Few would have expected Henderson to be left out of a game of this magnitude, but Klopp now has options to tweak and change dependent on his tactical plan.

Mount a big-game player for Chelsea

Mason Mount’s excellent form continued with a goal in Chelsea’s 2-0 win over Crystal Palace, as the midfielder maintained the high standards set in recent weeks.

Mount has developed into a player who often produces on the big occasions for the West Londoners, following his goal in the Bernabeu in midweek with another to help the Blues into a third successive FA Cup showpiece.

Mason Mount has 4 goals in his last 3 matches 🌟 pic.twitter.com/UufofxaqCN

The 23-year-old struggled to make an impact early on as he bursts between Palaces lines were restricted by a deep defence, but he remained persistent and got his reward with the second goal to kill the game as a contest.

Having scored in the quarter-finals and semi-finals, in addition to assisting Kai Havertz’s winner, during last season’s Champions League success the midfielder again showed his ability to make a decisive contribution in the latter stages of a tournament.

An upcoming FA Cup final is the perfect chance to enhance that record further.

Ruben Loftus-Cheek’s renaissance at Chelsea continued with another impressive performance, the midfielder coming off the bench to help the West Londoners to a 2-0 win at Wembley.

Loftus-Cheek has shone in an unfamiliar wing-back role in recent fixtures and was excellent in the midweek win at Real Madrid, with the 26-year-old unfortunate to to be included from the start against Palace.

He was thrust into the action early on after Mateo Kovacic was forced off and was a stand-out performer in his more regular central midfield role, adding drive and dynamism to the Chelsea side.

He opened the scoring with a brilliant effort from the edge of the area and a once forgotten figure is fast becoming a valuable member of Thomas Tuchel’s squad.

It’s been a challenging road that has included loans – including a spell at Crystal Palace – injury problems and a relegation with Fulham last season, but Loftus-Cheek is shining in a Chelsea shirt again and his renaissance has been a welcome sight.

Liverpool will meet Chelsea in the FA Cup final next month, the latest instalment of their modern rivalry.

The two teams faced off in the Carabao Cup final in February and their FA Cup showdown is just the second time the same sides have met in both domestic cup finals, after Arsenal and Sheffield Wednesday during the 1992/93 season.

Klopp vs. Tuchel
Liverpool vs. Chelsea

Liverpool won that first final on penalties after a tight encounter and Chelsea will hope to exact revenge at Wembley, in what should be another close-fought battle with the teams having also played out two draws in the Premier League this season.