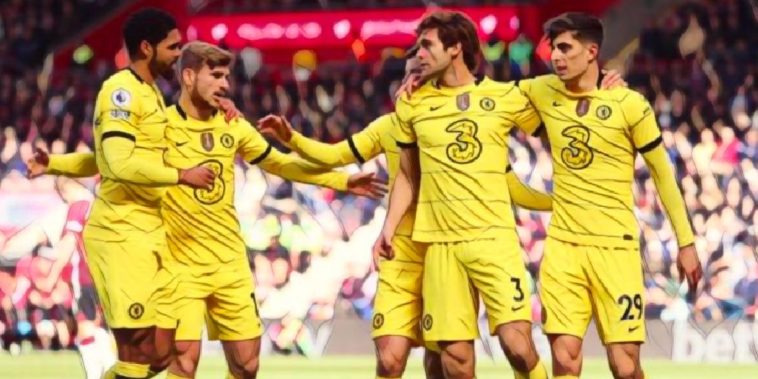 Chelsea got back to winning ways with a resounding and comprehensive 6-0 win over Southampton.

The Blues came out of the blocks quickly, and got themselves in front in just the seventh minute. Midfielder Ruben Loftus-Cheek advanced down the right towards the edge of the box before clipping the ball into Mason Mount. The England international took a lovely touch with his chest before flicking it to Marcos Alonso who smashed it under the keeper.

They doubled their lead in the 16th minute, Loftus-Cheek cutting the ball back from the right, the ball finding Mount on the edge of the box, the midfielder taking a touch to set himself before firing low into the bottom corner.

The Blues had been really poor in their last two outings, losing 4-1 to Brentford before losing 3-1 to Real Madrid, but they seemed determined to get back to winning ways, and with just a quarter of the game gone it was three. Timo Werner had looked lively and got his return as he beat Jan Bednarek for pace in behind, went around Fraser Forster, and slotted into an empty net.

It was four just after the half-hour mark as Werner saw his effort come back off the post, only for Kai Havertz to follow up and tap into an empty net.

The rout continued into the second half as Werner and Mount both netted their second of the game within 10 minutes of the restart, to leave Saints fans fearing their third 9-0 drubbing in recent seasons.

There would be no more goals though, as Chelsea equalled their joint biggest away win in the Premier League.

Thomas Tuchel was furious with his side’s performance against Real Madrid in midweek, and the German was unsurprisingly much happier with today’s display.

Chelsea also equal a club record of 7 successive away wins in all competitions 🔥 pic.twitter.com/6bCZT1vzei

“Straight away we looked forcused and determined to turn things around. We were hungry in challenges and we were always dangerous. We created a lot of chances to decide the match very early.

“We wanted to play with the same attitude but we have a lot of matches in the legs so we managed the game after that. It is easier when you lead than when you are down but it was a good mentality.”

Timo Werner operated as one of a front two alongside Kai Havertz, and Tuchel was delighted with the German’s showing.

Romelu Lukaku’ missed out with an injury, and the Blues boss was unsure if the Belgian will be able to make the trip to Madrid to face Madrid.

“He was not in training yesterday. It was too much pain. It is not much time as we leave the country on Monday so I will have to wait.”