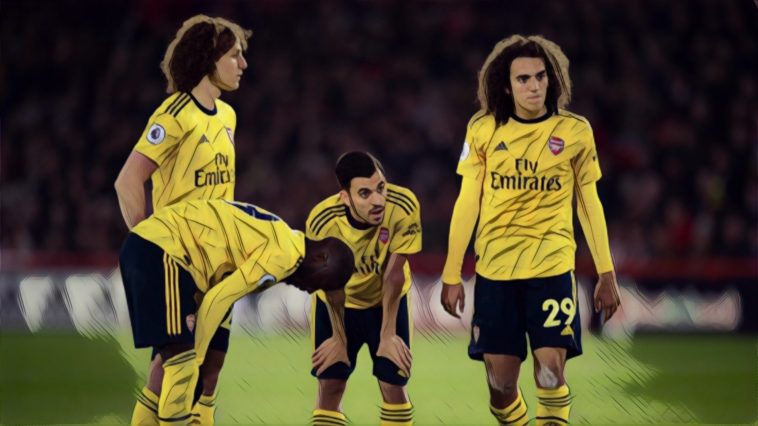 Patrice Evra has slammed Arsenal’s ‘babies’ and says Unai Emery’s side do not look like a ‘winning team’ following their 1-0 defeat at Sheffield United on Monday night.

Lys Mousset’s first-half goal secured victory for the newly-promoted side at Bramall Lane, with defeat leaving Arsenal in fifth and two points outside the top four following a below-par display.

Evra admitted to being unsurprised by the result but blasted the North London side’s performance, claiming the club have failed to develop a winning mentality as their familiar flaws continue to be exposed.

Speaking to Sky Sports Monday Night Football, Evra said: “Sheffield United deserved the win, but I’m not surprised about Arsenal. I said before the game that they had to make sure they didn’t fall into the trap.

“I used to call them ‘my babies’ 10 years ago, and they are still when I look at them and think they are ‘my babies’ and that’s the truth – I’m not being disrespectful when I say that.

"I used to call them my babies and they still look like babies"@Evra is not impressed with Arsenal after they lose at Sheffield United pic.twitter.com/cp8qhsw15P

“They look pretty, but they don’t look like a winning team. They like playing good football, but I was so happy to play against them, because I knew I was going to win.

“Even when Robin van Persie came, and on the first day I shook his hand, and I said ‘welcome to a man’s club’. At the beginning he was upset, but after one month he said ‘you were completely right Patrice’.

“Guendouzi was playing in midfield, but before he was playing in the French second league and he was not even playing regularly – and he’s the best player in this team.

“I respect Aubameyang and Lacazette, but if those two guys don’t score, they’re in trouble, and nothing changes. I’m like, ‘where is Arsene?’ It is the same.”

We don't often see Man Utd players in this feature this season…https://t.co/rsZ4HSJg02