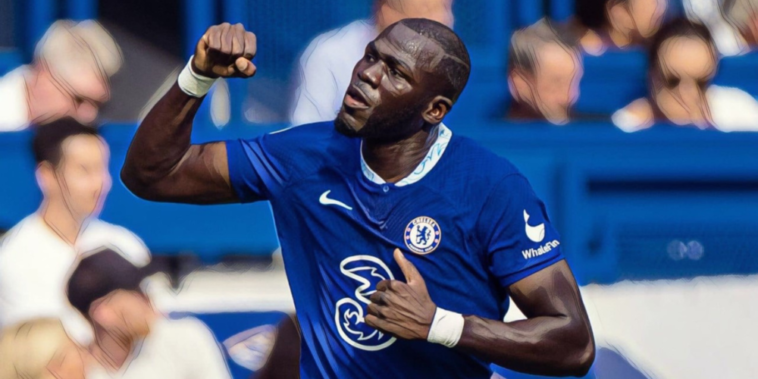 Todd Boehly has wasted no time in making an impression at Chelsea, with the club’s American owner having invested huge sums since taking over from Roman Abramovich at Stamford Bridge.

In less than two transfer windows – and despite Chelsea progressively becoming worse at actual football – Boehly has invested more than £300m on new additions, securing transfers for both the present and the future in a mass overhaul.

His spending appears set to continue with Chelsea linked with a whole host of names this month and we’ve decided to look at each player the club have recruited since the change in ownership.

Raheem Sterling became the first signing of the Boehly era as the England international completed a £49m move to west London.

Sterling had become unsettled with a reduced status at Manchester City and returned to his native London after winning four Premier League titles at the Etihad. The 28-year-old scored 131 goals across seven seasons with City and was named as the FWA Footballer of the Year during the club’s title-winning campaign in 2018/19.

He has underwhelmed since arriving at Chelsea however, with just four goals in 15 league appearances. Sterling has struggled to find his role in a Chelsea side who have disappointed in the final third and Graham Potter experimented with the winger in an unfamiliar wing-back role earlier in the campaign.

Eddie Beach was one of the lower profile additions from Boehly’s first summer window, as Chelsea completed a deal for the teenage Southampton goalkeeper for an undisclosed fee.

A youth international with Wales, he has joined the club’s development squad as he looks to progress towards the first-team at Stamford Bridge.

Kalidou Koulibaly was regularly linked with a move to the Premier League in past windows, before completing a £33m transfer to Chelsea last summer.

The summer departures of Antonio Rudiger and Andreas Christensen heightened Chelsea’s need for centre-back additions and Koulibaly was viewed as the ideal presence to lead a new-look backline.

Chelsea's new signings combine to put them in front – what a VOLLEY! 🔵 pic.twitter.com/CcrZnaPaDi

It’s proven a difficult adaptation for the Senegal captain so far, who has looked significantly less assured than he did across eight seasons at Napoli.

Chelsea will demand improvement from the defender in the coming months, with the expectation that Koulibaly would make an instant impact on the side.

Omari Hutchinson returned to Chelsea on a free transfer this summer, having spent time in the club’s academy set-up before seven seasons at Arsenal.

The 19-year-old impressed Graham Potter during Chelsea’s preparations for the season’s restart and was handed his senior debut against Manchester City on January 5. The midfielder has represented England at youth level, but made his senior debut for Jamaica in May.

Chelsea finally agreed a deal to sign Wesley Fofana last summer, having seen several approaches turned down by Leicester. The deal could rise to a fee of £75m, which would make Fofana the second-most expensive defender in history, behind the £80m deal that took Harry Maguire to Manchester United.

Fofana forged a reputation as one of the Premier League’s best young defenders at Leicester, but missed much of last season with a broken leg. His debut season at Chelsea has also been marred with fitness issues and the centre-back has not featured since sustaining a knee injury against AC Milan in October. He has made just two Premier League appearances since his summer move.

Marc Cucurella’s impressive debut season at Brighton led to interest from Premier League rivals, with Chelsea beating off competition from Manchester City to sign the Spaniard.

Cucurella won a clean sweep at Brighton’s Player of the Season awards in 2021/22, after a season which saw him rank second for tackles among Premier League defenders and demonstrate his creativity when venturing forward.

Chelsea splashed out £60m to sign Cucurella, but he has struggled to replicate his performances for the Seagulls since the switch to Stamford Bridge. The appointment of former Brighton boss Graham Potter has done little to improve his fortunes and the jury remains out on Chelsea’s investment.

Gabriel Slonina is one of several starlets signed with a view to the future, with Chelsea agreeing a £12m deal to sign the goalkeeper from Chicago Fire.

Slonina became the youngest starting goalkeeper in MLS history aged 17 years and 81 days, with his performances attracting interest from Europe’s top clubs. Chelsea won the race for the teenager, who has spent the first half of the season on loan at his former side before linking up with the west Londoners this month.

Chelsea spent £20m to sign Carney Chukwuemeka from Aston Villa last summer with the teenager signing a long-term contract at the club.

The 18-year-old made 12 league appearances for Villa last season, but just two came from the start. Chukwuemeka has represented England at youth level and starred as the Young Lions won the UEFA European Under-19 Championship last summer, where he was named in the Team of the Tournament.

Got to keep going💙 @ChelseaFC Thank you God always. pic.twitter.com/pLf5vT2Ksv

He has made five substitute appearances in the Premier League this season and is pushing for more regular involvement in Potter’s plans.

Cesare Casadei has spent the current season with Chelsea’s development squad as the midfielder looks to progress to first-team level.

The 20-year-old has represented Italy up to u21 level and was signed from Inter Milan last summer, where he had impressed in the club’s youth set-up. Last season he scored 16 goals in 38 appearances as Inter’s U-19 side were crowned national champions and competed in the UEFA Youth League.

Aubameyang had impressed at Barcelona following his acrimonious exit from Arsenal last winter, scoring 11 goals in 13 league starts. The arrival of Robert Lewandowski saw him depart however, with Chelsea making a move that added an experienced option to their frontline.

Thomas Tuchel had wanted to reunite with a player he worked with at Borussia Dortmund, but Aubameyang’s fortunes have deteriorated since the German’s dismissal. He has failed to start a game since November and has been linked with an exit in the January window.

The 33-year-old has scored three goals in 15 appearances this season.

Deniz Zakaria signed on loan for Chelsea in a deadline-day deal as the Blues looked to bring in cover in defensive midfield. The Switzerland international had spent just six months at Juventus, before departing for the Premier League.

After struggling for minutes during the opening months of the campaign, the 26-year-old has started each of the club’s last three Premier League fixtures due to injuries in midfield.

Hard fight yesterday but frustrating in the end. Thanks for your support! 🙏🏾 Next chance on Sunday. 🔥 @ChelseaFC pic.twitter.com/0Kr6bbIzzE

Chelsea possess an option to sign Zakaria on a permanent deal for a fee of around £25m, should he impress across the remainder of the campaign.

Despite a record-breaking spend in excess of £270m last summer, Boehly’s splurge has not stopped there.

Already this winter four new arrivals have joined Chelsea’s collection of transfers under the new regime, with David Datro Fofana the first in the door this January. The 20-year-old scored 22 goals as Molde won the Eliteserien in 2022 and has signed a six-year deal in west London.

He made his debut during the Blues’ FA Cup defeat at Manchester City last weekend.

Chelsea’s faith in Benoit Badiashile has been demonstrated with a seven-and-a-half year contract, securing the long-term future of the promising centre-back.

Badiashile adds to Chelsea’s centre-back options after a £35m move from Monaco this month, having shone since his breakthrough with the principality club. The 21-year-old has already racked up more than a century of appearances in Ligue 1 and was handed his France debut during September’s international fixtures.

Alongside Wesley Fofana, he will be expected to form part of the Blues’ backline in the coming seasons as Thiago Silva and Kalidou Koulibaly reach the latter stages of their careers.

Andrey Santos completed a move to Chelsea this month with the club having tracked the teenager during an impressive breakthrough season at Vasco de Gama.

The 18-year-old scored eight goals in 38 appearances in Brazil’s second tier, as Vasco de Gama secured a return to the top division. Santos became the club’s youngest ever goalscorer in June and played a prominent part in their promotion campaign.

Described as a box-to-box midfielder with an eye for goal, he has won six caps for Brazil at u-20 level, scoring twice.

Joao Felix is the headline arrival at Chelsea this month after the confirmed capture of the forward on loan from Atletico Madrid.

Felix had been keen to leave the Spanish side after falling out of favour under Diego Simeone, with the 23-year-old – the fourth most expensive footballer of all time after his £113m move to Atletico in 2019 – having started just six league games this season.

'I want to play with happiness' – Joao Felix. 💬 pic.twitter.com/oIlOnbmvVt

Chelsea have agreed a loan fee of €11m for Felix and will cover his wages in full, but there is no option to purchase the Portugal international in the deal.

Graham Potter will hope Felix can provide some spark into his side’s forward line, though will be without the new arrival for three games through suspension after a red card on debut at Fulham.

Chelsea have scored just 21 goals in the Premier League so far this season. It will be fascinating to see how Felix adjusts to greater freedom upon his return, following the shackles of Diego Simeone’s football at Atletico.