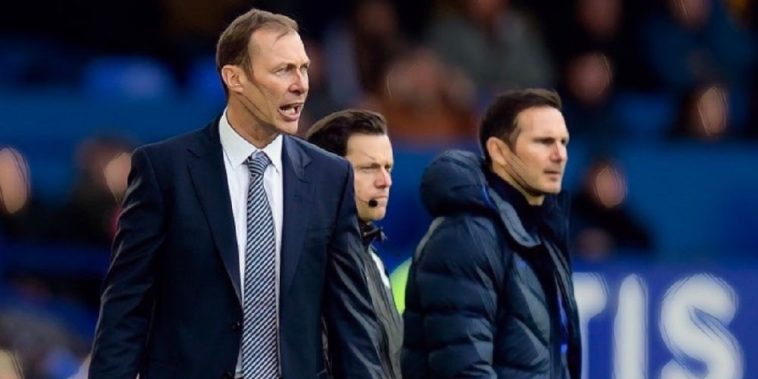 Everton will hold a final round of interviews with three managerial candidates on Friday as the club look to finalise the appointment of a new manager.

Frank Lampard, Vitor Pereira and caretaker boss Duncan Ferguson are the names in the frame and each will hold further talks with the Everton board.

Sky Sports are reporting that Lampard is the leading contender for the position as the 43-year-old seeks a return to Premier League management, having been without a club since being sacked at Chelsea in January 2021.

The former England midfielder impressed during his first season at Chelsea after guiding the side to a top-four finish and the FA Cup, integrating several academy prospects into the side as he navigated a transfer ban at Stamford Bridge.

Pereira has previously won league titles at Porto and Olympiacos and was considered for the position in 2019, with the Portuguese coach having revealed in a somewhat strange interview this week that he had received ‘good feedback’ during talks with the Everton board.

Ferguson is in his second spell as caretaker boss and has the backing of the dressing room, though would represent somewhat of a gamble given his lack of senior managerial experience.

The 50-year-old has been a first-team coach at Everton since 2014 and could be offered the role until the end of the season, as the Toffees look to move away from the Premier League relegation places.

Everton are currently 16th after a poor start to the season under Rafael Benitez, just six points above the drop zone.