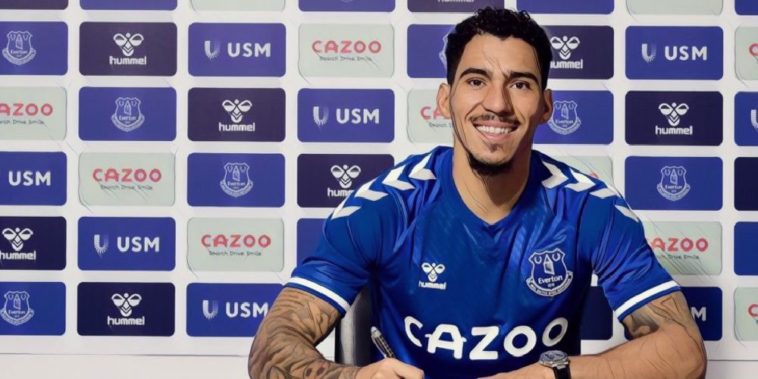 Carlo Ancelotti’s rebuild at Goodison Park is finally underway after Everton confirmed the capture of midfielder Allan from Napoli.

Despite Ancelotti repeatedly outlining the ambition of securing European football over the closing weeks of the campaign, Everton stuttered to a 12th placed finish last season, with Blues fans picking out their midfield as a particular source of frustration.

It seems like it is a department that Ancelotti has been keen to address, with the Toffees having been linked with a triple midfield swoop of James Rodriguez, Abdoulaye Doucoure and Allan – the latter completing his move from Napoli on Saturday morning.

The Brazilian moves to Merseyside in a deal worth around £21 million, reuniting with a manager with who he worked under for two seasons at Napoli, and despite having been linked with the likes of Atletico Madrid and Borussia Dortmund, Allan admitted that the opportunity to work with ‘Professor Ancelotti’ again was too good to turn down.

“It is a real pleasure to sign for Everton. I am immensely happy to be here,” he told EvertonTV. “I hope, like I have done in my entire career, I contribute with my performances together with my teammates and that I put in some great games, great performances and win important things.

“It is a club with a rich history in the Premier League, has real ambition and then there is Professor Ancelotti. He has done everything possible to bring me here. It is the size of the club and the name of the coach which means you don’t think twice about coming to Everton.”

Ancelotti will be hoping Allan’s arrival will help protect an Everton defence that conceded 56 league goals last term, and the 29-year-old has outlined the battling qualities in defensive midfield that make up his game.

“A strong part of my game is marking and the desire going in to win absolutely every ball,” he added. “I believe with my desire I can put in really good performances to win the fans over and I hope to win things as well. There will be a tremendous amount of dedication from me, a lot of dedication – a lot. I received a lot of messages from Everton fans and that made me really happy and confident in the work I can do here.”

Allan will wear the number 6 shirt when the Premier League kicks off next weekend, the Blues facing a tricky away trip to face Tottenham.