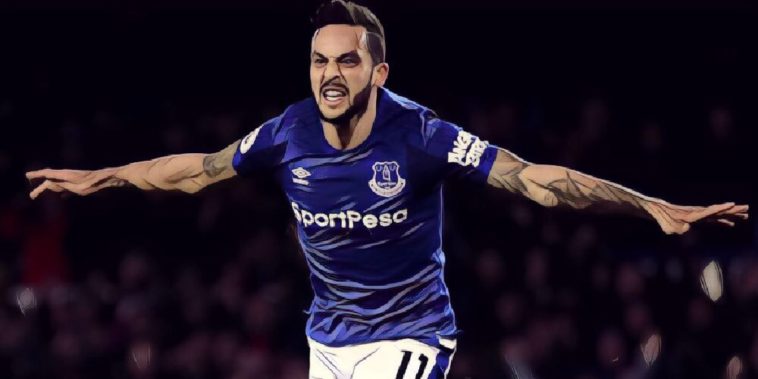 Everton boss Marco Silva has said that he has been left ‘surprised’ by suggestions that Theo Walcott could leave the club.

The former Arsenal winger has started 23 of the Toffees 32 Premier League games this season, although has recently seen Richarlison take his place in the Everton starting XI.

This has led to some suggestions that the 30-year-old could be on his way out of Goodison Park, although Marco Silva has said that his recent selections doesn’t mean that Walcott is no longer in his plans.

“I was surprised because just because one player doesn’t play two or three games it doesn’t mean he isn’t an important player for us or we want to put him out or want to do something with him,” Silva said ahead of today’s trip to face Fulham.

“Football is not like that. We have 23 players but we can only play 11 and the coach has to decide.

“At the moment, Richarlison is playing in his position and is doing well but it doesn’t mean Theo is not trying and doing well.

“And so in that moment I was surprised and I want to show the respect Theo deserves coming from me and the protection he deserves because he is a very good professional.

“If he is not playing at the moment then it is my decision and he has to prove his quality to me during every session and in the match, and I have to decide.

“I was surprised in that moment and I showed my surprise to the question.”