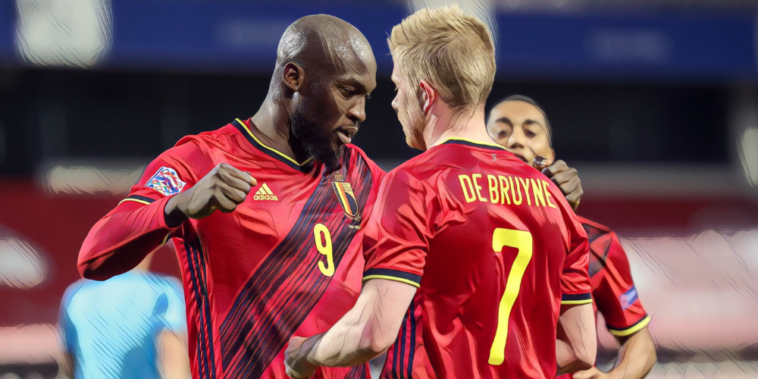 Denmark secured qualification as runners-up to Switzerland in Group D, though did so in unbeaten fashion across eight fixtures that delivered an impressive haul of 23 goals.

Denmark defied the odds to be crowned champions of Europe in 1992 and whilst few will predict a repeat of those exploits, the Danes will enter Euro 2020 in confident mood after making a perfect start to World Cup qualification in March.

Kasper Hjulmand’s experienced side won at Wembley against England during the autumn internationals and held Germany to a draw earlier this month, demonstrating their ability to compete with Europe’s leading nations.

Christian Eriksen remains the key figure in the side with the midfielder boasting an impressive record of 36 goals from 108 caps, the Inter Milan star ably supported by Pierre-Emile Hojbjerg and Thomas Delaney in an engine room that combines graft, grit and guile.

Copenhagen youngster Jonas Wind shapes as one to watch, having scored three times in seven caps since making his senior debut in October.

Finland debut this summer after reaching a major tournament for the first time in their history, securing qualification after finishing as runners-up to Italy.

Markku Kanerva’s side head into Euro 2020 as 500/1 rank outsiders alongside North Macedonia, with no team possessing greater pre-tournament odds than the duo.

Finland’s squad is made up of an eclectic array of talents from leagues across the globe, including players who ply their club football in the USA, Cyprus, Hungary and Poland.

The 31-year-old’s 10 goals during qualification accounted for 62.5% of Finland’s entire total and was bettered by only Harry Kane, Cristiano Ronaldo and Eran Zahavi.

Pukki arrives into the tournament after firing the Canaries to promotion with a 26-goal Championship campaign and will shoulder the goalscoring responsibility for the Group B underdogs.

Is this the summer that Belgium’s Golden Generation delivers?

Roberto Martinez’s talent-stacked squad will be heavily fancied to compete for the trophy this summer, following the Red Devils’ third-placed finish at the World Cup three years ago.

Belgium blitzed qualification with 10 wins from 10 and a leading 40 goals scored, making light work of limited opposition with just three goals conceded during that time.

Martinez’s squad has a wealth of elite names with Real Madrid goalkeeper Thibaut Courtois amongst the best in the business, whilst Kevin De Bruyne heads into Euro 2020 having just won a second successive PFA Player of the Season accolade at Manchester City.

Romelu Lukaku leads the line and boasts a fine record of 60 goals in 93 caps for Belgium, with the Inter Milan star having enjoyed the best season of his career in 2020/21.

The 28-year-old provided a league-leading 35 goal involvements as Inter were crowned Serie A champions, with Antonio Conte’s regime at the San Siro having seen Lukaku evolve into a complete centre-forward package.

If Eden Hazard can find something close to his finest form alongside that aforementioned trio, Belgium will be difficult to stop in their pursuit of European success. Martinez’s side have the talent and experience to be crowned champions this summer.

Following a meek exit at the 2016 European Championship, Russia headed in a new direction under Stanislav Cherchesov post-tournament and won plaudits during a home World Cup three years ago – reaching the quarter-finals.

It’s been a rather mixed bag of results since that tournament however, though with ‘home’ fixtures against Belgium and Finland in Saint-Petersburg at Euro 2020, hopes will be high that the Russians can replicate their World Cup performances.

Russia remain reliant on several veteran names with former Chelsea full-back Yuri Zhirkov remaining a fixture in the side despite approaching his 38th birthday, whilst Artem Dzyuba is a talismanic presence in attack.

The Zenit St.Petersburg forward will captain the side and has scored 29 goals in 52 caps, including 15 in the three years since the World Cup, with Dzyuba one short of equalling Aleksandr Kerzhakov as Russia’s record scorer.

Dzyuba’s towering frame and physicality will unsettle defences this summer, for a Russia side who qualified comfortably as runners-up to Group B opponents Belgium with eight wins from 10 fixtures during qualification.