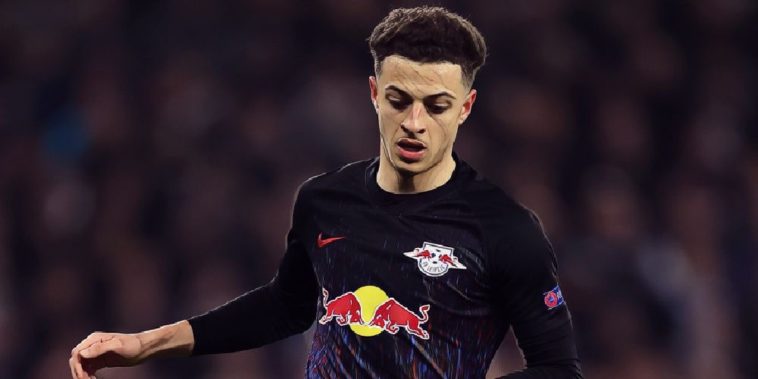 Ethan Ampadu admits the loan spell at RB Leipzig has ‘not been as good’ as hoped, but insists he has no regrets at joining the Bundesliga side despite a lack of first-team opportunities.

The Chelsea youngster signed for the German side on a season-long loan deal last summer but has endured a difficult period since moving to the Red Bull Arena, making just seven appearances in all competitions and starting just two fixtures.

The 19-year-old admits his move has proven a frustrating experience following a lengthy spell on the sidelines under Julian Nagelsmann, but is hopeful he has learned and improved after sampling a different style and culture in German football.

“There’s been a lot of frustration at time,” Ampadu told The Athletic.

“However, I’ve learned a lot through those frustrations which will only help me later in my career.

“I’ve not played as many games as I’d have liked to but in the games I’ve played in, I think I’ve done reasonably well. That’ll give me confidence, but I’ve things to learn from.

“If I’m honest, it’s not been as good as I hoped, not all that I wanted it to be. But I hope technically I’ve improved and, tactically, I’ve now played under another manager. So I’ve learned another style of football and how another manager thinks football should be played.”

Ampadu’s season away from Stamford Bridge has seen a host of young players earn a first-team breakthrough under Frank Lampard, with the likes of Billy Gilmour and Reece James having been handed opportunities in the Chelsea first-team this season.

Despite the success of his fellow youngsters, however, Ampadu insists he has no regrets and says a temporary move was the best decision for his development last summer.

“Of course I’d have liked to have stayed with Chelsea, but for this season it was the best decision for me and I stick by that,” he added.

“I don’t regret coming out here and having these experiences.”

Read – Ziyech tipped to ‘light the Premier League up’