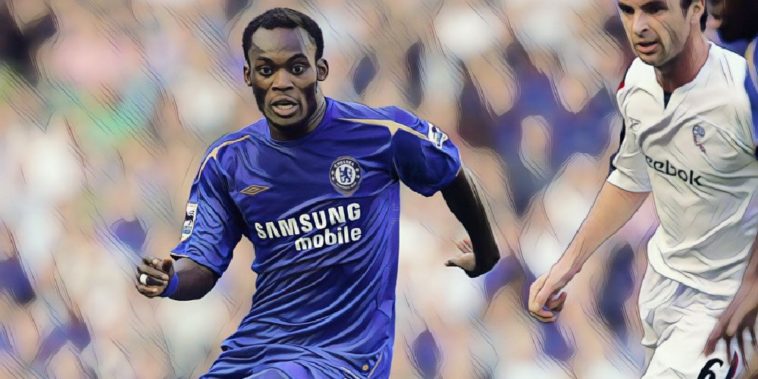 Michael Essien has admitted he would have ‘loved’ to have joined Manchester United before being convinced to sign for Chelsea by Jose Mourinho.

The former Ghana international established himself as a firm fans’ favourite during nine years at Stamford Bridge, winning a host of major honours including two Premier League titles, four FA cups and the Champions League.

Essien’s career in English football could have proven different, however, with the midfielder subject of strong interest from Manchester United prior to his £26m move to west London from Lyon in 2005.

Essien has now revealed how he was hugely interested in a potential move to join Sir Alex Ferguson’s side, only to head to the capital after persistent persuasion from Mourinho and former Chelsea favourite Didier Drogba.

“At that point I’d have loved to have joined United. But I was speaking with Jose every other day and he made it clear, very straight to me, that he wanted me to join Chelsea and there was only Chelsea that could pay the transfer fee at that time.

“It was not easy but I remember the first time I spoke to Jose. I went to Malouda’s house for a barbeque and then during the barbeque Drogba called him and he and Drogba started speaking because they are very close and then Drogba asked him, ‘When you see Michael, whenever you see him, can you tell him Jose wants his number, Jose wants to talk to him?’ but then he said, ‘No, Michael is here, we’re having a barbeque!’.

“So he gave the phone to me and I started speaking to Drogba and that’s how we started. I passed on my number to him and he passed it on to Jose and that’s when everything started. It was a tough transfer saga.”