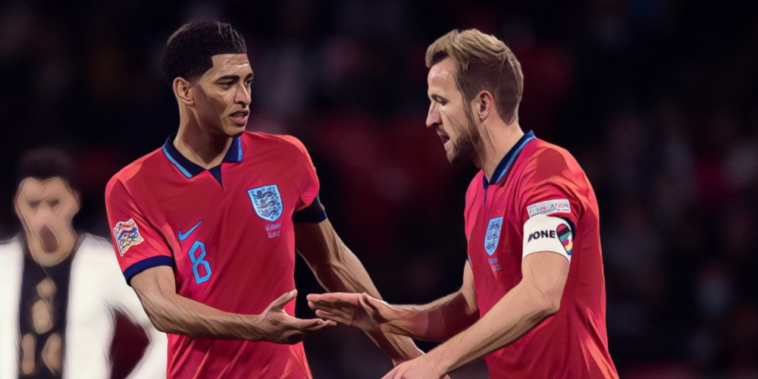 There’s just over two weeks until world football turns its attention to Qatar, as the nation hosts the first ever winter World Cup.

England will travel to the Middle East among the favourites to be crowned world champions, after reaching the latter stages of the past two major tournaments under Gareth Southgate.

Southgate will name his travelling squad for the World Cup in the coming weeks and ahead of the tournament we’ve decided to preview the Three Lions’ campaign and the bookmakers’ take on England’s chances.

England agonisingly missed out on a first major tournament success since 1966 at Euro 2020, as the Three Lions were beaten on penalties in the final.

Having reached the last four of the 2018 World Cup in Russia, it marked further progress for Gareth Southgate and his side. England will begin as fourth favourites in the FIFA World Cup betting to win the trophy in Qatar, with Brazil (4/1) best placed to be crowned champions according to the bookmakers. France (6/1) will be looking to defend their crown, while Argentina (13/2) will arrive at the tournament unbeaten since the 2019 Copa America semi-finals.

Former England boss Sven-Göran Eriksson says he could always see Gareth Southgate being a manager from when he managed him. pic.twitter.com/eQ3RPMOPXv

England face Iran, the USA and Wales in the group stage and are 8/1 odds for an early elimination. The shortest odds in terms of stage of elimination for England are the quarter-finals, where France or Argentina could potentially await.

Who will join Harry Kane among England’s centre-forwards?

No player is shorter odds than Harry Kane to be included in England’s squad for the World Cup, with the Three Lions’ captain set to lead the side’s challenge in Qatar.

Who joins Kane as part of Southgate’s centre-forward group is more unclear and it appears an open race to earn selection. Marcus Rashford’s recent return to form has him priced at odds-on to be on the plane, while Ivan Toney and Tammy Abraham – both involved in the squad for September’s international fixtures – are each priced at 8/15.

Newcastle forward Callum Wilson believes that if he stays fit and continues his good form he should be in England's World Cup squad 🦁🏴󠁧󠁢󠁥󠁮󠁧󠁿 pic.twitter.com/RLidl31S5q

Callum Wilson (5/4) is an in-form option after a strong start to the season at Newcastle, but a lack of form and/or fitness mean Dominic Calvert-Lewin and Ollie Watkins are set to miss out.

Southgate has often been criticised for a somewhat conservative approach, but could the England manager throw caution to the wind with a wildcard inclusion?

James Maddison has been banging on the door for an England recall at Leicester, with the midfielder one of just three English players – alongside Harry Kane and Ivan Toney – to have been involved in 20+ Premier League goals in 2022. The 25-year-old made his senior debut as a substitute in 2019, but has not been capped since.

Eberechi Eze was included in the provisional squad for Euro 2020, but a serious injury curtailed his chances of involvement. He has worked his way back to full fitness at Crystal Palace and remains a player under consideration for England.

Elsewhere, Dan Burn – part of a Newcastle team with the Premier League’s best defensive record – James Tarkowski and Lewis Dunk are outside contenders for a position at centre-back. Marcus Edwards (33/1) has impressed in the Champions League for Sporting Lisbon this season.

Harry Kane is bookmakers’ favourite to win the World Cup’s Golden Boot, as he looks to become the first player to retain the accolade. Kane scored six goals in Russia four years ago, becoming just the second Englishman – after Gary Lineker in 1986 – to finish as the leading scorer at a World Cup.

He now has 51 goals for the Three Lions 🏴󠁧󠁢󠁥󠁮󠁧󠁿 pic.twitter.com/YFKMg6XYQV

Kane also leads the England rankings for the World Cup’s Golden Ball, awarded to the player deemed the tournament’s finest. No English player has won the award since its introduction in 1982, while curiously it has not been given to a player on the victorious side since Brazil’s Romario claimed the honour in 1994.

Phil Foden (40/1) won the U-17 equivalent of the Golden Ball after starring during England’s success in the tournament in 2017.