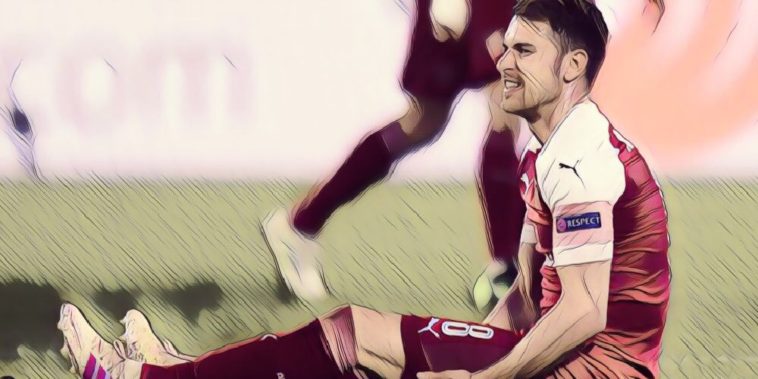 Unai Emery has revealed Aaron Ramsey went against his advice before a season-ending injury cut short his Arsenal career.

Ramsey will leave the Emirates this summer after 11 years at the club, joining Italian champions Juventus on a free transfer.

The Welsh midfielder will not feature in Arsenal’s Europa League final meeting with Chelsea on Wednesday night having suffered a hamstring injury against Napoli in the quarter-finals of the competition, prematurely bringing an end to both his season and career at the club.

Arsenal boss Emery has now revealed the 28-year-old went against his advice to rest prior to his injury, with the Welshman insistent he wanted to be involved for the tie.

“Sometimes you cannot play every match with the same players because some players can be a risk for injury,” Emery said.

“When he was playing against Napoli, he was injured. The Monday before we played Watford , we won 1-0, and I prefer he didn’t play.

“I spoke with him. ‘Aaron, we are playing a lot of matches now. I think you need to rest one match.’