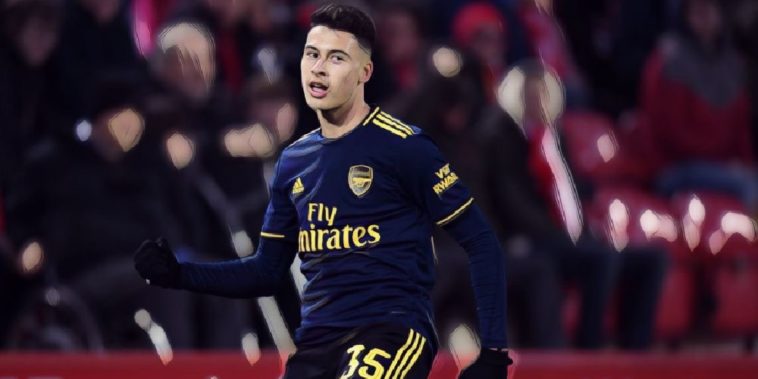 An incredible game at Anfield saw Arsenal knocked out of the Carabao Cup, Liverpool progressing on penalties after an absolute goal-fest on Merseyside.

It was an utterly batshit mental game at Anfield, and in typical League Cup style, both sides made a number of changes, though it was Liverpool who fielded the more unfamiliar names.

Liverpool were gifted the lead via regular defensive comedian Shkodran Mustafi, the German turning the ball past his own keeper in the sixth minute. Arsenal weren’t behind for long though, quickly turning things around courtesy of goals from South American pair Lucas Torreira and a brace from teenager Gabriel Martinelli to make the scores 3-1.

The Premier League leaders pulled one back from the spot two minutes before half time through the evergreen James Milner, though Ainsley Maitland-Niles restored the Gunners two-goal cushion nine minutes after the break as they looked on course for a place in the last eight.

However, a thunderous strike from Arsenal old-boy Alex Oxlade Chamberlain pulled one back for the hosts, before Divock Origi levelled the scores with the game’s eighth.

The goalscoring madness wasn’t finished there though, Joe Willock scoring a screamer of his own with 20 minutes still to play before Origi scored his second in the 94th minute to make it 5-5, the game going straight to penalties.

Despite the abundance of goals, Caoimhin Kelleher would turn out to be the hero for Liverpool, making the only save of the shootout, the Irish youngster keeping out Dani Ceballos’ strike in front of the Kop, with local lad Curtis Jones scoring the decisive penalty.

Speaking after the shootout defeat, Emery admitted he was ‘proud’ of his side, as well as discussing the performance of the returning Mesut Ozil.

“A crazy match. I am very proud of their work, we had a high rhythm in the first 45 minutes. At the end we were winning until the last action. Penalties are 50/50 and we lost,” Emery told Sky Sports.

“We are sad but our work, we deserve to have more. There are lots of positives to take.

“Defensively, both teams cannot be happy with that. But for the supporters it was an amazing 90 minutes. The result was always changing. It was spectacular.

“We can be proud of our work but not the result. Mesut Ozil is back helping us with his quality and his spirit. He played with good spirit, quality.

“It was in the plan to replace him, we had spoken about that before.”