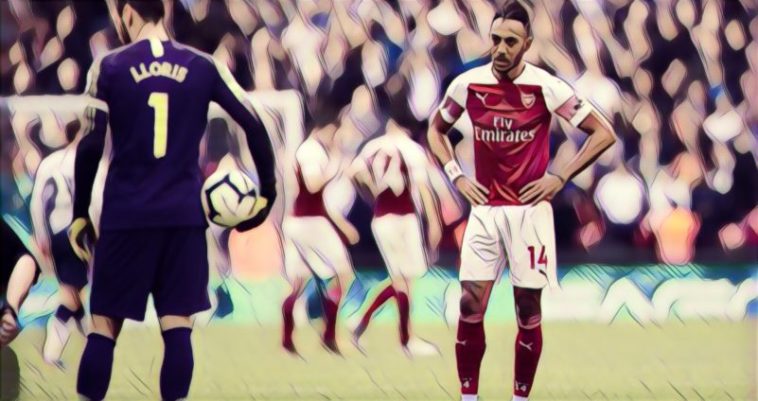 Arsenal boss Unai Emery was proud of his side’s display in today’s 1-1 draw against arch-rivals Spurs.

Straight from the off at Wembley Arsenal displayed a defensive solidity that has so often been missing on their travels against top six rivals, and their good start was rewarded after 16 minutes when Aaron Ramsey finished coolly on the counter.

Spurs looked leggy and devoid of ideas of how to break down Unai Emery’s well-drilled defence, but they would be handed the chance to draw level on 74 minutes when the ever unreliable Shkodran Mustafi fouled Harry Kane from a free kick, although the decision was laced with controversy with the Spurs striker clearly offside when the ball was played into the area.

England captain Kane duly dispatched the spot-kick to set up a frantic finish. Arsenal were then handed the opportunity to seal all three points in the last minute when Pierre-Emerick Aubameyang was awarded a soft penalty after Davison Sanchez made contact with him in the box.

However, the Gunners strikers tame penalty was saved by Spurs ‘keeper Hugo Lloris, before Jan Verthongen pulled off a miraculous block from two yards out to once again deny Aubameyang. Gunners substitute Lucas Torreira was then sent off in the 95th minute for a high challenge on Danny Rose, to conclude an incident-packed ending to the game.

Speaking after the game Spanish coach Emery revealed today’s performance will help improve his side’s mentality going forward, and even did the unthinkable and praised referee Anthony Taylor.

“We are fine in our way, today being competitive and adapting our performance,” Emery told BT Sport.

”It demanded a lot of transition for us and it is good, not the result because we can win, but we can be stronger in our mentality after this match going forward.

“One month ago I said to everybody VAR is coming forward – it is difficult for referees. You can analyse with TV and it is easy but referees can’t use that now. Maybe today’s match is different with that but I understand it is difficult. The referee is a big personality – it is not easy to balance the two teams but I like this referee.

“We need to be together to be strong like a team. We need a keeper like Leno today and Ramsey’s last derby, maybe he can play more in the future, but for now I am happy for him.

“We are thinking each match for three points, to continue in our way, our target is clear. We can be proud of everybody in our work. We showed everybody we are creating and doing it our way.”