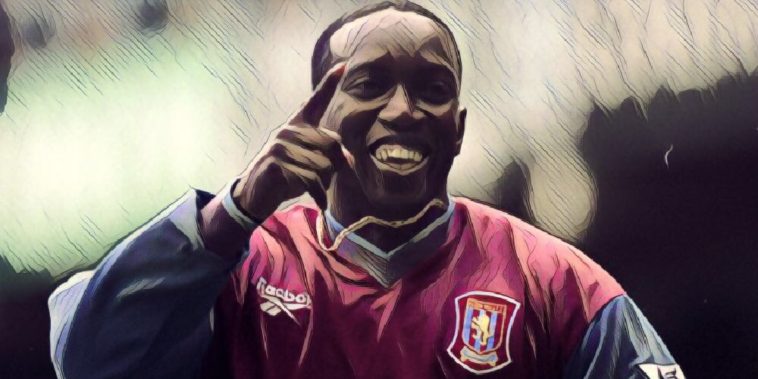 Dwight Yorke has revealed that he has submitted his CV to Aston Villa in the hope of becoming the club’s new manager.

The former Manchester United striker has virtually no managerial experience whatsover, with his only role in the dugout coming in the guise of being the assistant manager for the Trinidad and Tobago national team.

However, despite his lack of experience as a manager, the former striker – who made 284 appearances and scored 97 goals in a nine year stint at Aston Villa – is hoping to return to Villa Park as the clubs new manager following the sacking of Steve Bruce earlier this week.

“I’ve made it very clear I’d like to speak to the football club. Whether that happens or not I’m still waiting on a telephone call.

“I’ve made the necessary move and I’ve sent in my CV and I’m actually trying to make contact with the chief executive of the football club so I’m doing everything on my side to make sure I’m given that opportunity to speak to that football club.

“I’ve seen the club go from a very strong club in world football to where it is at the moment. I’ve felt that the club do need something a bit new.”

Earlier this season, The Football Faithful team discussed the best goalscoring partnerships in the Premier League, to which they all agreed, Yorke’s partnership with Andy Cole at Manchester United was one of the greatest the top flight has ever seen…