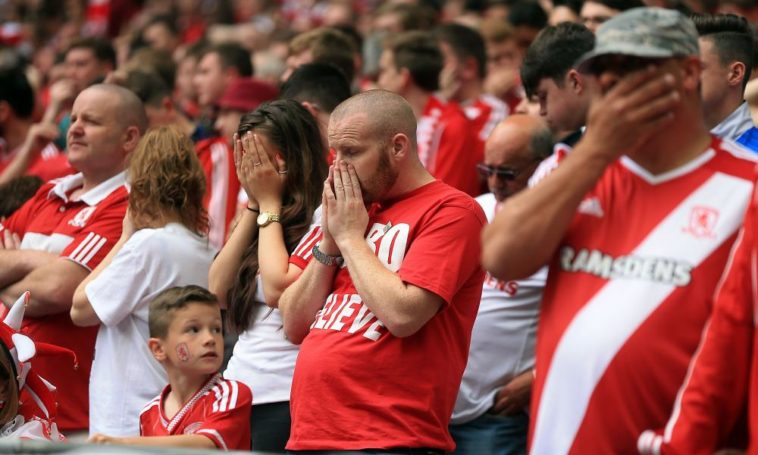 Ok, they already started before Garry Monk’s appointment, but now he’s in place any transfer titbits flying around now may well carry a little more credibility (well maybe that’s stretching it but you get my drift).

In general, pretty much every other story out there about possible incomings turns out to be a massive fib. Even if there was genuine interest, it doesn’t always mean that guy from the Russian 2nd division will be happy to swap his homeland for the delights of Teesside.

One thing that always makes me laugh is fan reaction. All of a sudden a player can be deemed to be absolute garbage, or in the case of reported Boro target Enzo Crivelli of Bordeaux “he couldn’t strike a match” was one Twitter user’s way of describing him, on account of his apparent poor record given he’s a striker. Ok, four goals in 42 games no matter what way you look at it is bloody awful, yet nothing divides fans of the same team more than a debate about a mooted transfer target.

You get your instant doubters who do nothing but dismiss anyone who isn’t Lionel Messi, somehow expecting newly relegated Middlesbrough to be finding the next Juninho. You then get your eternal optimist who will extol the virtues of Cameron Jerome, and how his far from impressive ratio of one in four definitely warrants the £8m Boro are prepared to throw at Norwich.

And then you get the ‘Inbetweeners’. No, not Jay, Simon, Will and Neil, but those fans who sit well on the fence, offering nothing but ‘it’s just rumours, silly season’, refusing to be drawn but yet still feeling the need to enter the fray. These fans will also tend to comment with ‘you can’t judge the man until you’ve seen him play’ – or words to that effect.

But whichever type of fan you identify with, there’s no getting away from the fact that transfer window time is an eventful period for any football fan. The mixture of excitement, intrigue, frustration, despair, hope – all emotions experienced by a supporter whose anxious to see his team make the right signings. I’m no different.

This summer is particularly interesting for me as a Boro fan due to Monk’s arrival and the fact we’re back in the Championship.

We have a new man with new ideas, as well as the fact we’re back among English football’s second tier. The market looks a whole lot different for us than it did this time last season. Long gone are the awe inspiring arrivals of the likes of Alvaro Negredo and Victor Valdes, we’re now back shopping in the Graham Dorrans and Aiden McGeady bracket.

That’s no disrespect to them of course, both very good players at Championship level for sure, but it still serves as a sobering thought as to where we now find ourselves. However, it’s important that we remember that in the coming weeks. It’s easy to get carried away and think that because of our size and stature in this league, along with the huge budget Monk will have at his disposal, that we’ll be making Premier League quality signings. The simple fact is – we won’t be.

Of course, we have a squad that’s just spent a season in the so called ‘best league in the world’, and they’ll be better off for having been there, but in reality there isn’t many who can say they established themselves as top flight quality.

After the likely departures of players such as the in demand Ben Gibson and opinion divider Marten de Roon, the rest of the squad will be made up of the promotion season lot and the not so glamorous Aitor Karanka additions (see Rudy Gestede, Antonion Barragan). It’s been said that Monk will have a good ‘core’ to work with, and he will, but he will be looking to add to that with his own additions. So what type of signings should we expect?

I think it’s important to be realistic about what sort of players we should go after. They’ll be those out there who would happily take someone like John Terry on a free, all the while neglecting good Championship talent. To use Terry as an example, he’s a central defender, a bloody good one over the years, but he’s 37 in December and likely to cost a fair whack in wages. But given who he is, there’d be some who’d allow that to cloud their judgement, in turn favouring him over someone such as Bristol City’s Aden Flint, or Barnsley’s Marc Roberts.

Both in their peak years, they showed last season just how good they were, in teams who were well off the pace. Two of the highest performing defenders in the league, it’s not hard to see why they’ve been spoken about in such glowing terms. Yet, because they’re not fashionable names you’d have some fans wondering why we’re even bothering, accusing the club of thinking too small. But it begs the question, who would they expect to sign?

Now I’ve just used those two as an example, but there are obviously other areas of the squad that’ll require tinkering, or indeed major surgery. Take the attacking third, where local hate figure Gaston Ramirez offers the only real ‘No.10’ option, there’s other Championship players out there who might well slip into that position who you might not immediately think of.

Marley Watkins, recently transferred to Norwich from Barnsley, wasn’t a name I was particularly familiar with, yet a quick look at his stats tell you just how impressive he was last time out. With 10 goals and 9 assists he contributed to nearly a 1/3 of The Tykes’ goals, stats not to be sniffed at. Whilst he might be off limits now, my point is that some would see his signing as a promotion chasing club lacking ambition, setting the bar low. But fans of Boro and the other recently relegated sides have to remember that it’s important their clubs sign the right players, and for me that’s those who know the division.

Realism is the order of the day

Don’t get me wrong, I’m not saying we should turn down the chance to sign a quality Premier League player in the unlikely event they become available (ala Paul Merson in 97/98), but fans have got to be realistic with who we’re able to attract and who we should look to sign.

There’s not much that enrages me more than reading some fan comments on social media demanding to know why their club have been linked with a virtual unknown. Aside from the rumour possibly being nothing more than a story dreamt up by a lazy journalist, it’s the fact the fan(s) will know nothing about that player, therefore pigeon-holing them as rubbish and simply dismissing them outright.

It’s that lack of awareness and appreciation for the fact we’re no longer sitting at the top table of English football that baffles me. Being arguably the biggest club in the Championship, with the largest transfer budget no doubt, doesn’t entitle you to players who currently ply their trade in the league above.

We’ve got to be realistic and accept that this season we’re going to spend money on players who are of Championship quality and experience, or who are virtual unknowns that may command very modest fees. Anyone have much of a clue about George Friend before he signed? The £100K signing from Doncaster Rovers didn’t raise many eyebrows, yet look how that’s worked out.

So come on fellow fans, show some patience with the recruitment, take most rumours with a pinch of salt, and don’t threaten to return your season card if Boro don’t announce a club record signing.

I await with bated breath to see who the Boro sign I just hope whoever it is they want to play for us the Boro and not just the money.
Good read Ian