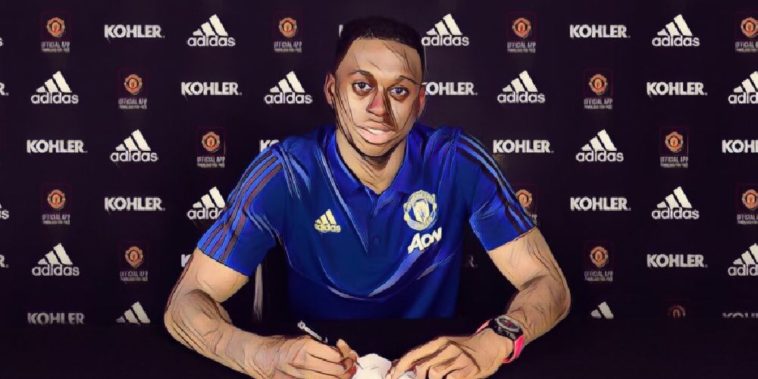 Aaron Wan Bissaka has said that it is an honour to finally be a Manchester United player after weeks of transfer speculation.

The 21-year-old today completed his £50 million move from Crystal Palace after he enjoyed an impressive season in the Premier League last term, starting 35 of the Eagles 38 league games.

He made more clearances, tackles and interceptions than any other full-back in the entire division last season, as well as also having the best success rate in terms of tackles and take-ons.

Wan-Bissaka, who is believed to have grown up supporting Manchester United, has signed a five-year deal to keep him at Old Trafford until 2024, with United having an option to extend it by a further year, and having completed the move, has said that he ‘can’t wait to get going’ with his new teammates.

He's one of the Premier League's most exciting full backs 🙌 pic.twitter.com/TergBLQ1lp

“It’s an unbelievable feeling and an honour to call myself a Manchester United player and something I know that only a small number of players have the privilege to say,” he told the Man Utd website.

“I can’t wait to get going and integrated into the squad. I will have a short break now after the European Championships but I’m looking forward to starting training with the manager and my new team-mates on the pre-season tour.”

The 21-year-old replaces long-serving converted full-back Antonio Valencia, with the former winger confirming that he is moving back to Ecuador to join LDU Quito.

Wan-Bissaka is expected to wear the Number 29 shirt, last worn by a fellow former Crystal Palace man, Wilfried Zaha. United fans will be hoping that this former Eagle will have a better time of it than his predecessor.