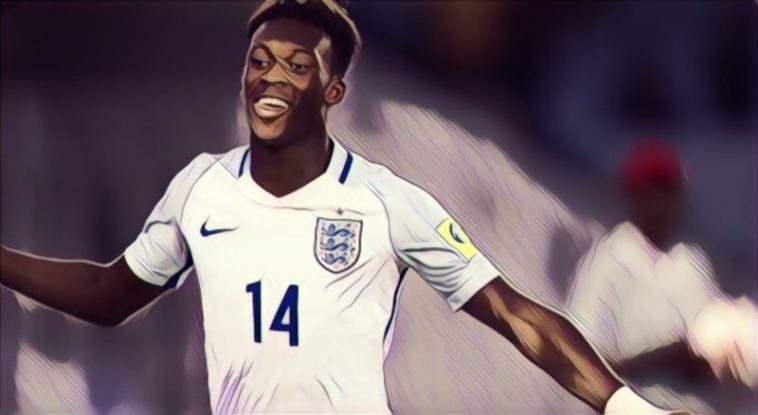 Callum Hudson-Odoi’s recent call-up to the England Under 21 side raised no eyebrows, with the 18-year-old having delivered a number of impressive cameos for Chelsea in the cup competitions.

His fast-track into the full England squad days later – a response to a series of injury withdrawals – has proven more divisive. The selection of any teenager who has only played a handful of league matches for a top-six side inevitably resurrects the debate about a big team bias within the England squad.

There is no denying that Hudson-Odoi has prodigious promise. That much has been clear in his Europa League outings that have seen the winger notch four goals in eight appearances, while Bayern Munich’s sustained interest is not a bad sign either. Borussia Dortmund are also linked with the starlet, with the Bundesliga success of Jadon Sancho opening the eyes of both English youngsters and German clubs.

With the rumoured departure of Eden Hazard in the summer, Hudson-Odoi could well have a bigger part to play next season. Maurizio Sarri has been reluctant to deploy Hudson-Odoi for long periods of league games. That decision could be interpreted as further evidence of Sarri’s tactical intransigence, or merely an understanding that young players have to be nurtured.

Chelsea’s unpredictable nature hasn’t created the ideal environment for a player at the beginning of his professional career. As punters look for tips on the best bet of the day, they’re more likely to see the pro bettors at betconnect oppose the Blues than back them, given Chelsea’s inability to dispatch theoretically weaker opponents. While Chelsea did scrape past Fulham as 1/2 favourites, the Blues toiled in a 1-1 draw when hosting Wolves and succumbed 2-0 at Everton.

Memories of a crushing 6-0 against Manchester City and, perhaps more surprisingly, a 4-0 pasting at Bournemouth have clearly affected the Blues’ confidence, as well as undermining belief in Sarri’s system. Some argue that Hudson-Odoi’s lack of league contributions suggests he is not ready for full international football.

Yet he is not the only young forward to play for a side enduring a disappointing season. Dwight McNeil features in the England Under 20 squad, with the winger breaking through into the Burnley side to deliver two goals and four assists in his first 14 appearances. McNeil has been a shining light in a struggling Burnley side, seamlessly adapting to the Premier League.

The England Under 21 squad that Hudson-Odoi departed includes James Maddison, a revelation this season at Leicester, and Dominic Calvert-Lewin, a relative Premier League stalwart who is thriving in a striking role. Maddison, in particular, has a compelling claim to have shown enough throughout this season to be worthy of a full international cap.

Of course, big clubs generally have deeper resources and better players – that’s why they are big clubs. Perhaps Hudson-Odoi could have similarly impressed at a lower Premier League side were he not talented enough for Chelsea to retain, while his inclusion in Southgate’s squad continues the work of a manager with a keen appreciation for England’s future.

Only half of England’s final squad ply their trade in the Premier League’s top six, while Burnley, Everton and Leicester are all represented. While the inclusion of any Manchester or London-based player with only a few league appearances is set to attract scorn, Hudson Odoi is sufficiently promising and Southgate sufficiently impressive for this selection to deserve full support.