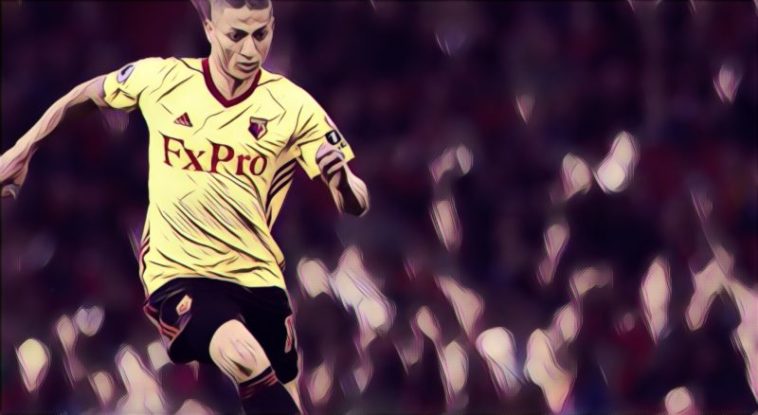 Brazil international winger Richarlison’s transfer from Watford to Everton has edged closer tonight, with the news that the 21-year-old has passed his medical with the Toffees.

According to the BBC a deal that could eventually rise to £50 million has been agreed, which will make the talented attacker the most expensive signing in Everton’s history after the £45 million the club paid to bring Gylfi Sigurdsson to Goodison Park last summer.

Richarlison arrived in English football at the beginning of last season from Brazilian side Fluminense for £11.5 million as something of an unknown quantity, although the Brazil U20 international would go onto to become one of the stars of the early part of last campaign.

Under the guidance of now Everton boss Marco Silva, the young left winger scored an impressive five goals in his first 12 Premier League games and he was soon being linked with moves to Chelsea and Manchester United.

However, his form began to suffer and once Silva left Vicarage Road after his controversial tapping up by his new club, Richarlison’s form completely fell of a cliff in terms of creativity, although he did still complete all 38 Premier League games for the Hornets, despite having played a full league season in Brazil before moving to London.

New Toffees boss Marco Silva seems confident that he can get Richarlison – who was even tipped to make the Brazil squad for the World Cup at times last season – back to his very best, as Everton look to improve on their eight placed finish last season under Sam Allardyce.