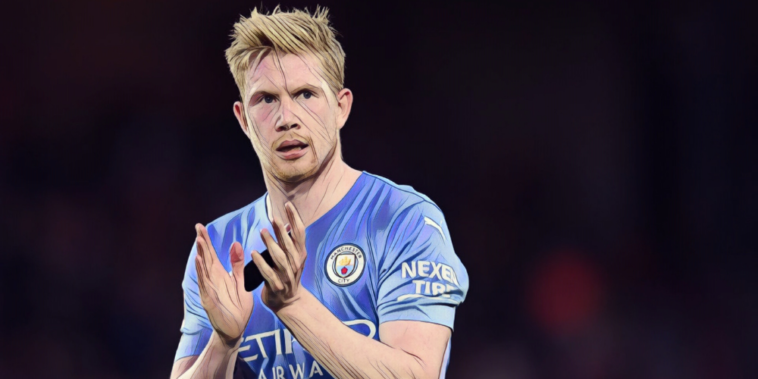 Kevin De Bruyne has named Robert Lewandowski as his favourite to win the Ballon d’Or and has discussed his Champions League ambitions with Manchester City.

The nominations for club football’s most prestigious individual award have been revealed and De Bruyne has discussed who he believes should claim the accolade, believing Bayern Munich forward Lewandowski has been the world’s finest footballer across the past two seasons.

There has been a clamour for Liverpool’s Mohamed Salah to win the award, though De Bruyne believes that the Poland international – who has scored 118 club goals since the start of the 2019/20 season and missed out after the Ballon d’Or was cancelled in 2020 – would be a fitting recipient.

“I would have to look at a two year period and I would choose Robert Lewandowski,” he said, -speaking ahead of Manchester City’s Champions League clash with Club Brugge. “For what he has done goalscoring wise and what he has won with Bayern Munich.”

De Bruyne also discussed City’s defeat in last season’s Champions League final, the club’s hopes of a maiden trophy in the competition ended after a 1-0 loss to Chelsea in Porto.

The Belgium international insisted City will look to compete for each major trophy once again this season and says it is important the club ‘move on’ from disappointments as they pursue further success.

“We always try to maintain a high level at his club and compete for titles,” he said. “That is what we did last year. Winning two semis and a [Carabao Cup] final. Sometimes you can lose these games and you have to move on.”

The 30-year-old was asked whether winning the Champions League represented the ‘holy grail’ and, whilst admitting his desire to win the trophy, says failure to do so does not taint the ‘legacy’ of this City side.

“Obviously people will always set the standard higher and higher because of what we’ve won in England in the five or six years, people expect us to win the Champions League,” he said.

“We’ve not won it but we are trying.

“Hopefully in my period here we can get one. It doesn’t define your legacy, maybe for people outside. I’m happy with what we’ve done as a club for the last six years.”