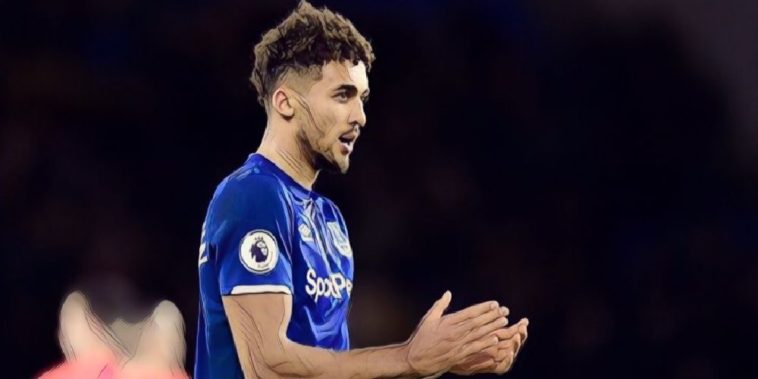 Dominic Calvert-Lewin has discussed the influence of Carlo Ancelotti since arriving at the club, admitting that Everton ‘under-performed’ during their 1-1 draw with West Ham.

Calvert-Lewin continued his fine form with another goal at the London Stadium on Saturday, the forward scoring his ninth league goal of the season with an equaliser on the stroke of half-time after Issa Diop had given West Ham the lead just four minutes earlier.

Jordan Pickford made a pair of smart saves to deny both Sebastien Haller and Pablo Fornals as Everton held on for a point against former manager David Moyes‘ side, and Calvert-Lewin admits his side were below-par despite the Toffees extending their run under Ancelotti to just one defeat in five fixtures.

“It was disappointing not to play to our strengths. We got ourselves back into the game but should have gone on from there and won it. I am happy to get on the scoresheet and get the point but I thought we could have performed better.”

Calvert-Lewin has thrived in recent weeks having been handed a key role under the new Everton manager, and the 22-year-old admits he is enjoying the experience of ‘learning’ from the three-times Champions League winning coach.

Speaking on Ancelotti’s influence, the forward added: “I think it‘s been a good experience and I am learning from him every day. I think you can see that in my performances.”