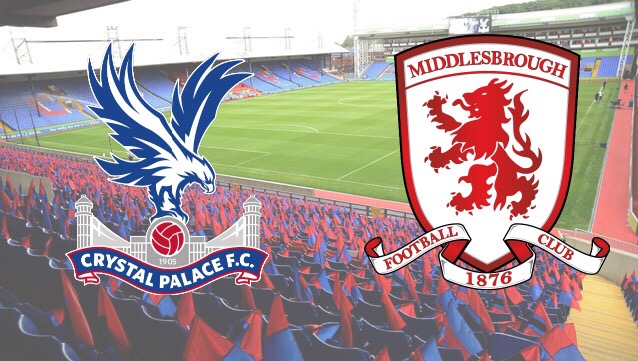 It is a critical weekend at the bottom of the Premier league as Crystal Palace clash with relegation rivals Middlesbrough.

With only three points separating the two sides a victory for either side could be huge in each teams fight for Premier league survival.

A victory for Palace, who currently sit 19th in the Premier league, would see them draw level on points with Middlesbrough and possibly escape the relegation zone providing Leicester and Hull do not get the required results.

A win for Middlesbrough, who are 16th in the league, could see them move up to 15th place and move six points clear of the relegation zone. ​

Palace are seriously struggling to find any sort of form in 2017 after picking up just three points from seven games since the 1st January. With only 19pts on the board for Palace, if they want to have any chance of survival this year they will have to start picking up wins quickly and there would be no better time to start than at home to struggling Middlesbrough.

After splashing £26.5 million on prolific goal scorer Christian Benteke in the summer, many people believed Palace would thrive this season and improve on last season’s finish of 15th. However Benteke has only managed 9 goals in 25 league games and as a result Palace are in serious trouble.

Middlesbrough like Palace are struggling in 2017 and have picked up just 4pts since January and have failed to win a game since 17th December 2016.

However unlike Palace Middlesbrough boast and impressive defensive record conceding only 27 goals in 25 games, the best in the league outside of the top 6. This has lead them to be 3 points above Palace. Despite their impressive defensive record Middlesbrough are struggling for results. This is due to their poor goal scoring record, scoring just 19 in 25 games (the worst in the league) with leading goal scorer Alvardo Negredo managing just 6 goals all season.

Considering Middlesbrough are a newly promoted side they are doing as well as you would of expected but if they wish to stay up this season they will have to start picking up wins.

Last time out Palace beat Middlesbrough 2-1 at the Riverside Stadium earlier this season.

The two sides have played each other a total of 48 times with Middlesbrough winning 17 Palace winning 20 and the reaming 11 ending in draws.

The last time Middlesbrough beat Palace was in August 2012 when both sides were in the Championship with the match ending 2-1 to Middlesbrough.

Due to both teams desperately needing a win from this game I except it to be a close cagey game with both teams balancing the risk of losing with the reward of winning. Also due to Middlesbrough’s habit of taking part in low scoring games and draws, of which they have been involved in 10 this season, the most in the league, expect this game to end in a 1-1 or 0-0 draw which would not be ideal for either side.

If you are thinking about betting on the game an Under 2.5 goals would seem the smartest option.

Another safe wager would be for the game to end as a draw as Middlesbrough have been involved in 10 already this season.

This article was written by Guest Writer, Josh Barker.