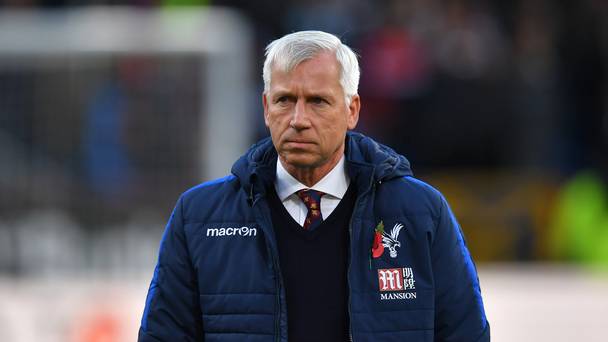 The 2016/17 season began with all Palace fans optimistic of what could happen this season.

Having reached an FA Cup final in May, and being just 12 minutes away from winning our first major trophy, big money signings in the shape of Christian Benteke and Andros Townsend meant that fans had a reason to be optimistic.

However the optimism soon faded as Palace opened the season with two defeats to West Brom and Spurs. Then the first apparent “turning point” occurred. Scott Dann’s 90th minute equaliser at home against Bournemouth was seen as the real kick start to our season.

What followed was just that. Three wins, back to back, with the games away against Middlesbrough and Sunderland both coming after being behind for the majority of the matches. A draw away against Everton was well earned, and the international break came at the wrong time.

After the International break, we prayed that our good form would continue. What followed was far from it. Six defeats in a row, including the craziest match I’ve ever witnessed. Away at struggling Swansea eventually losing 5-4, with two goals for the Swans coming in injury time.

The beginning of the end for Alan Pardew?

Pardew insisted throughout that he had the full backing from the board and chairman Steve Parish. A 3-0 victory at home against Southampton and that famous gesture from Pardew towards Parish followed. Everything was fine again, surely.

A 3-3 draw and another comeback from a losing position for Palace. However it was two more points dropped. Two dropped points that could prove to be crucial come the end of the season. Back to back defeats at home to Manchester United and Chelsea was the final straw for Pardew who was sacked days afterwards.

We’ve well and truly been ‘Pardewed’.

What Pardew has described as “a season of transition” was true, only in the wrong way. The Palace legend, the man who put the ball in the back of the Scouser’s net back in 1990 and had led us to our first final since, was gone. Palace fans now get stick from Newcastle fans. Saying “we told you so” or “Palace have well and truly been ‘Pardewed’ just like we have been”. Only time will tell to see if we follow Newcastle’s fall to the Championship.

The day after Pardew’s departure, former England manager Sam Allardyce was appointed. This appointment split Palace fans. On one side, Allardyces record of never having being relegated before was a big positive. He saved Sunderland last season in one of the greatest survivals in Premier League history.

On the other side, the fact he was disgraced during to his reign as England manager was a big downside. His first game away to Watford was seen as yet another turning point in already what seemed to be a crazy season. Yohan Cabaye’s opening goal in that game cued mass celebrations in the away end. We were then awarded a penalty, are we finally going to win a game? Christian Benteke’s penalty miss seemed to shake the whole squad. The mentality that we cannot win a game. We went on to draw that game 1-1

Palace went into the New Year with a tough away fixture against Arsenal. They conceded the amazing scorpion kick goal from Olivier Giroud and followed that up with there more defeats, and another wonder goal. This time,  West Ham’s Andy Carroll who scored the amazing volley at the London Stadium meant that Palace were well and truly embroiled in a relegation battle. 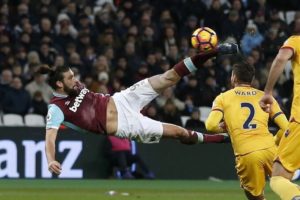 The most recent ‘turning point’ was the 2-0 away victory at Bournemouth. An outstanding team performance topped off with two well taken goals. The scenes at the end of the match reminded fans why our club was so special. Players in with the fans celebrating, the confidence back in the side and the players playing for the badge on the front of the shirt

In true typical Palace fashion that ‘turning point’ lasted just four days. The worst home performance I personally have ever seen, backed up by 25,000 other Palace fans inside Selhurst Park that afternoon. Losing at home to Sunderland, 4-0. 4-0!

This was rock bottom. I have never seen scenes like I did just before half time. Fans running on the pitch and squaring up to players. Chants of “you’re not fit to wear the shirt”. That is not the Crystal Palace spirit, it is the complete opposite.

In my opinion, the club has changed in recent times. Light shows before the game, ticket price increases and big money signings. The Palace I grew up with and fell in love with was all about spirit. The connection between the players and the fans. A community together. South London and Proud.

I understand the demands of the Premier League mean that we must develop. But £12 million on Jeffrey Schlupp? Since when did we have that amount of money to throw at players?

The statistic that has played in the back of my mind since the FA Cup final in May is that one team in the final, the following season gets relegated. It has occurred in the past there seasons, hitting Wigan, Hull and Aston Villa. Could we be following this trend?

If we get relegated of course I’ll be devastated. But it could be a blessing in disguise. If we can hold onto our important players then we could bounce straight back up like Newcastle and who knows this time next season we could be top of the Championship. It could also mean we get to play Brighton again, and that always guarantees us at least 3 points.

With 13 games left this season, Palace need to go back to basics and start to reignite that relationship between the players and the fans. If they can do this I truly believe we can extend our stay in the top flight for a fifth consecutive season. I mean, we finished 11th three years ago with the likes of Cameron Jerome, Stuart O’Keefe and Aaron Wilbraham in the squad.

Where will Crystal Palace finish this season? Will Big Sam save the Eagles? Leave us a comment below!