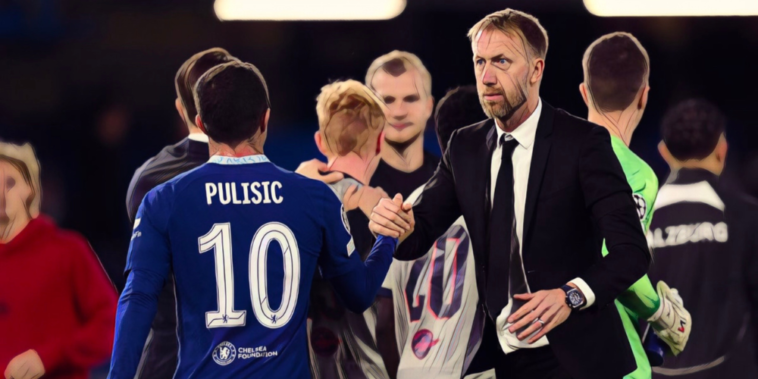 Graham Potter will take charge of Chelsea in a Premier League fixture for the first time this weekend, as the west Londoners travel across the capital to face Crystal Palace.

The Blues will be hoping for a positive London derby result, against an Eagles team who have won just once for the campaign to date.

Here is all you need to know about Saturday’s clash at Selhurst Park.

After an impressive first season under Patrick Vieira last term, Palace have had a mixed start to the current campaign. A tough run of fixtures to start the season saw the Eagles face Arsenal, Liverpool and Manchester City inside their first four, before back-to-back draws with Brentford and Newcastle before the international break.

Palace have won just once so far this season, a comeback win over Aston Villa in August. Vieira will hope his team can regain some of the defensive solidity from last season, after ending the 2021/22 campaign with a run of five consecutive clean sheets at home. The Eagles are yet to record a shut-out at Selhurst Park so far this season.

This weekend’s clash could also see Conor Gallagher face his former side. The midfielder was named as the club’s Player of the Season during a successful loan last season, but has struggled for regular opportunities since returning to Chelsea.

Graham Potter has had time to assess his new squad as he prepares for a first Premier League game in charge of Chelsea. Potter was named as Thomas Tuchel’s replacement in early September, but has overseen just one fixture to date – a 1-1 draw with Red Bull Salzburg – as a result of postponements and the international break.

Finding a more regular avenue to goal will be on Potter’s agenda, with Chelsea having scored just eight goals from their six games – 15 less than Manchester City having played just one fewer game. The Blues’ expected goals (xG) figure of 8.42 ranks them 11th in the Premier League this season.

Ready to take to the dugout for the Blues in the @premierleague for the first time! 🤝

Chelsea have been boosted following the return of N’Golo Kante to training, though it remains to be seen whether Potter urges on the side of caution with the influential midfielder. Edouard Mendy is expected to return in goal after missing the draw with Salzburg.

Chelsea progressed to the FA Cup final after a hard-fought win over Crystal Palace in April, as two second-half goals broke down the Eagles’ stubborn resistance at Wembley.

Ruben Loftus-Cheek – who had a loan spell at Palace in 2017/18 – opened the scoring after the substitute lashed home a bouncing ball to break the deadlock.

The win extended Chelsea’s dominant run over Palace, with the west Londoners having won the last ten meetings between the teams in all competitions.

What channel is Crystal Palace vs Chelsea on?

Crystal Palace and Chelsea will not be broadcast live to a UK or Irish audience.