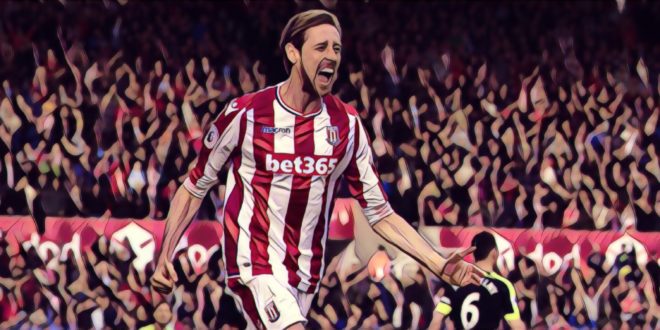 Stoke City striker Peter Crouch has been describing how terrified Arsenal’s players were at visiting the Brittania Stadium during the Tony Pulis era.

The Potters were renowned for their physicality and directness at the time, and the Brittania Stadium – with it’s swirling wind and the aerial onslaught that would be provided via long throw specialist Rory Delap – became the stuff of legends.

Arsenal were one team in particular who could never seem to get to grips with trips to The Potteries and Crouch has revealed that some of the Gunners players looked defeated even before they stepped out on the pitch.

“I watched them get off the bus with shoulders hunched. They knew what they were going to get.

“That look of sheer horror on players’ eyes when they got off the bus was so funny to watch.

“It was so funny to watch people wilt in front of you.”