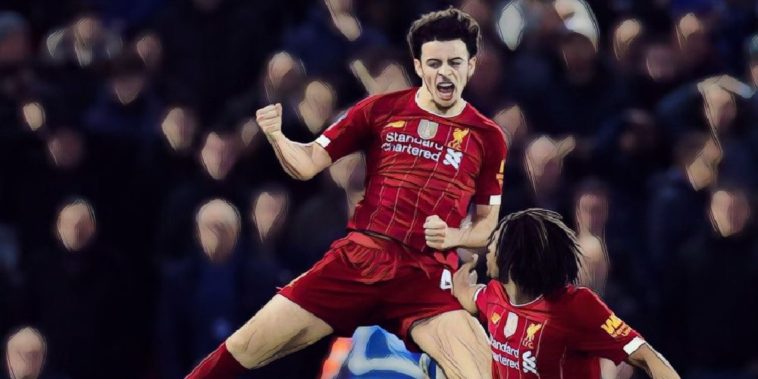 Neil Critchley has praised the attitude of Liverpool’s youngsters and discussed the setting of ‘standards’ at the club’s academy.

Liverpool take on Shrewsbury in a replay of their FA Cup fourth round tie this evening, with Critchley set to take charge of a side made up of development squad players in the absence of Jurgen Klopp and the Reds’ first-team stars.

The Merseyside club are controversially set to field a youth side after Klopp chose to strictly observe the Premier League’s inaugural winter break, the fixture clashing with the scheduled mid-season rest for top flight sides.

Critchley took charge in similar circumstances for the club’s Carabao Cup quarter-final defeat to Aston Villa earlier this season, and is hopeful his young stars have learned their lessons from a chastening visit to Villa Park as they prepare to welcome Shrewsbury side to Anfield tonight.

Several of the club’s best young talents including Curtis Jones and Harvey Elliott have experienced life in the first-team set up this season, though Critchley was full of praise for the teenagers when questioned on their attitudes upon their respective returns to U23 level.

“I was going to say ‘unbelievable’ but they’re not doing anything out of the ordinary,” Critchley said at the pre-match press conference. “They don’t do anything that I don’t expect them to do because I suppose it’s what standards you drive at the Academy that you want to pass on to Melwood.

Back in #EmiratesFACup action against @shrewsweb tonight 👊 pic.twitter.com/lDB1KGqnG3

“I think you only have to look at the first team, the way they play the game and the culture that they have is driven by the people and if you’re not a good person then you don’t fit in.

“If you come back to the Academy and act any differently or think you’ve made it, you won’t fit in either and you’ll find yourself on the side, so when they’ve come back they’ve been carrying on like they’ve normally been doing.

“I think that’s just something we try to build and improve on. They’ve been like they’ve always been and I suppose that’s great credit to them as people.”

Shrewsbury head to Merseyside tonight looking to pull off another shock against the European champions, Sam Rickett’s side having come from two goals down to secure a draw in their first encounter earlier this month.

Critchley is aware of the task facing his young side as they prepare to mix it with their experienced opposition, but is hopeful lessons have been learned as Liverpool’s youngsters look to progress to a fifth round meeting with Chelsea at Stamford Bridge.

“We’ll have a young team out but there will be some experience of playing in this type of scenario or game before, so hopefully they can help some of the other younger players who have not had that experience, or not as much experience, and I’m sure they’ll do that in the way they play.

“We talk about bravery and courage, that can be done in so many different ways and I’m really intrigued by the game and looking forward to seeing how they do. I hope the supporters will be too.”