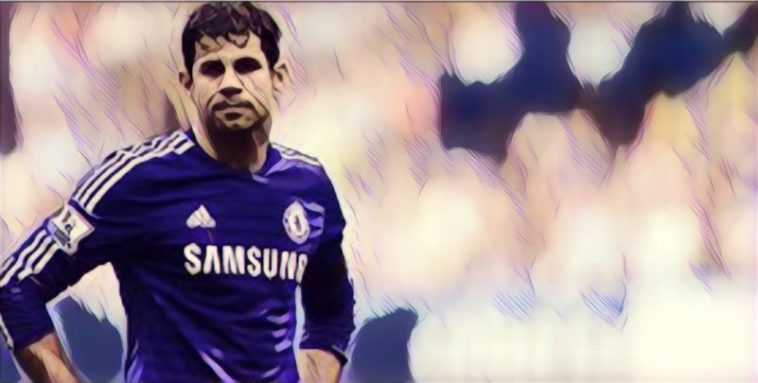 Former Chelsea striker Diego Costa has again reiterated that his fallout with Blues manager Antonio Conte and subsequent period in exile in Brazil was not his fault.

Costa and Conte had a massive argument in January 2017 after the Brazilian born striker was refused a money spinning move to China.

Despite seemingly patching up their differences as Chelsea romped to the Premier League title that season, the bitterness between the pair would soon re-emerge.

Conte would sensationally then tell Costa he no longer had a future at Stamford via txt message. Although the Chelsea hierarchy tried to intervene, there was no way to reconcile the relationship between the feisty pair and the Spain international embarked on a period of exile in Brazil as pre-season training began last summer, before he was sold back to his former club Atletico Madrid in September.

However, due to the La Liga sides’ transfer ban, Costa has only been able to start playing again since January. The controversial striker has managed to score six goals in 14 appearances since him comeback, although that has not been enough to force his way back into the Spain squad for the latest round of international friendlies.

Costa has now been speaking about his exclusion from Julen Lopetegui’s latest squad and the events surrounding his departure from Chelsea.

“It is very clear that it was not my fault that I was in Brazil.

“We all know what happened there but I’m back now and I want to do my best.

“The coach (Julen Lopetegui) was always very clear with me that if I was not playing then it would be impossible for me to be called up.

“But he also said that if I was playing well then the door would be open to me and I’m grateful to him for that.”