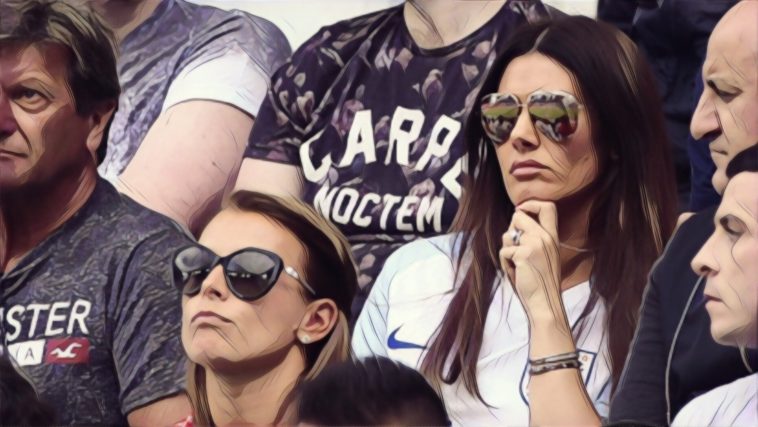 The internet was gripped by Coleen Rooney and Rebekah Vardy’s beef today – and it only took two tweets to set it all off.

There have been some monumental beefs in football over the years; Arsene Wenger versus Alex ferguson, Roy Keane and Jonathan Walters, Neymar and Edinson Cavani,  Jose and, well, just about everyone he comes across. But they have all been trumped today by Coleen Rooney sensationally taking on Rebekah Vardy.

The wife of former Manchester United and Everton striker Wayne Rooney, Coleen revealed on Twitter that she had long suspected someone who knew her on her private Instagram account had been leaking personal stories to the press. She whittled it down to one person and was able to cleverly catch them out by playing the long game.

Rooney’s reveal on Twitter was truly a beautifully crafted piece of prose, setting the scene, laying the groundwork for the hero’s plan before putting it into action and building up the suspense before divulging the culprit with the immortal line: “It’s ……….Rebekah Vardy’s account.”

Vardy, wife of Leicester City striker Jamie, responded on Twitter with a statement of her own, attempting to deflect away from the story by mentioning her pregnancy and the fact she doesn’t “need the money”, while also claiming that “various people” have access to her Instagram account.

It’s not unusual for celebrities or people with large followings to have their accounts run by social media managers, so it is plausible that it wasn’t Vardy herself who leaked the stories. It’s also interesting to note that Rooney did not lay the blame directly at Vardy’s feet, rather just her account.

Whichever way this comes out in the wash, for one afternoon everyone on Twitter was gripped and fully occupied when we’re usually parched for football narratives during the international break. God bless you, Coleen.

“Coleen Rooney revealed on social media that Rebekah Vardy was passing on information to the press, but on Tyneside the only leak was in the defence of Ole Gunnar Solksjær’s Manchester United…” pic.twitter.com/lo6CGUDMtJ

Tell Rebekah Vardy. I want her to know it was her account pic.twitter.com/PbMvUVPXmi

Is Wayne Rooney still moving to Derby, or was that just Coleen having Rebekah Vardy on and it's gone too far?

This has been a burden in our life for a few hours now and finally we have got to the bottom of it…… #bitored pic.twitter.com/B31FWJWMe6

No wonder Wayne Rooney has been caught every time he rides another woman. He is married to fucking Ds Arnott

Batman holds the title of World’s Greatest Detective, but that must surely be passed on now to the queen of mystery solving, Coleen Rooney.

Read: Five times Premier League stars got into a fight with teammates