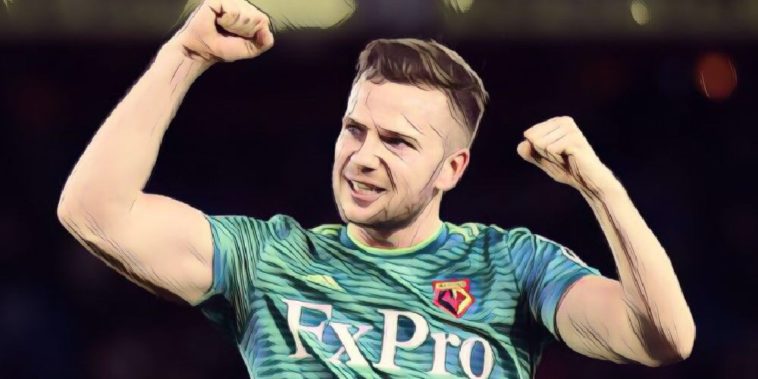 Watford’s Tom Cleverley insists that he knew his match-winning goal against Crystal Palace was destined for the top corner as soon as he hit it.

The Hornets came from one down to win 2-1 at Selhurst Park today and have now lost just once in their last eight games in all competitions.

Cleverley also felt that Watford’s Craig Cathcart was very unlucky to concede the own-goal to give Palace the lead before half-time. Cathcart did make amends with his side’s equaliser after the break.

“When you come to Selhurst Park you know you will have to battle, the games are nearly always decided by one goal or draws. Luckily I had enough quality to get the goal that won it. It was a bit unfortunate the own goal, and we are disappointed about not dealing with the first ball. Craig Cathcart has been outstanding all season we really appreciate his performances,” Cleverley told the BBC.

“I think it was a long throw and we won the second balls and it has come out to me and I took it on the volley. As soon as it left my foot I knew it was destined for the top corner.”

The former Manchester United and Everton midfielder feels Watford have a decent squad now and that there is a certain level of strength in depth when needed.

“It is the squad we have got that helps us come back into games, people on the bench are ready to come on and help the team and we don’t let our heads drop. We can play good football or we can battle.” He added.