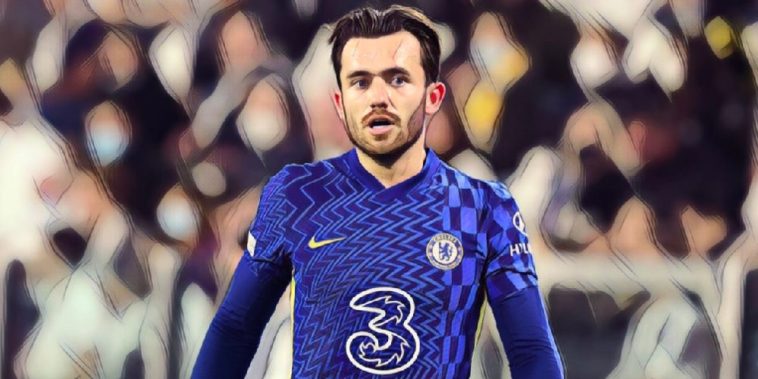 Ben Chilwell has highlighted where Chelsea must improve this season to compete with Manchester City and Liverpool.

Chelsea finished third in the Premier League last season, while the west Londoners missed out on domestic cup success after defeat on penalties to Liverpool in both the League Cup and FA Cup.

Thomas Tuchel’s side did win silverware after claiming the UEFA Super Cup and Club World Cup and Chilwell doesn’t consider Chelsea’s campaign as ‘a bad season’ despite missing out on the biggest prizes.

“In the Champions League, we were that close to getting to the semi-finals. That’s not bad if you ask me, against Real Madrid.”

Chelsea had hoped to compete for the Premier League title last season, but ended the campaign a distant 19 points behind champions Manchester City.

The club’s uncertain ownership proved a distraction for the Blues, though the situation has now been resolved with Todd Boehly leading the new regime and willing to invest in the squad this summer.

Chilwell has outlined where Chelsea must improve to compete with the Premier League’s top two and insists the Blues must show a greater level of consistency to mount a sustained challenge this season.

“Now that [the clubs ownership has] been resolved — obviously we see the rumours the way you see the rumours — we can move on, we’ve got new ownership, which seems amazing,” he said. “They want to get involved and invest a lot. The club’s in a good place.

“This is Chelsea, we want to win the big trophies. We’ve got a strong team. Hopefully we can add to that strength with some good players. We’ve got a great manager. New ownership. Great training ground. Good backroom staff. So everything’s in place. It’s up to us now to work hard and motivate each other to make that happen.

“Manchester City and Liverpool have set the bar, for maybe the last five years, which every other team in the league is aspiring to get at. Me being a Chelsea player, I’d say we’re the closest to them.

“We showed in patches last season that we could compete with them, but it’s that consistency that they’ve shown — they’re not just one-season wonders, they’ve done it season-in, season-out for the last five years. That’s where we’re trying to get to. We’ve had conversations in the dressing room, as players and with the staff, that consistency is the thing that we now need to (achieve). We’ve got the talent in the team. We showed that in the Champions League two years ago. We showed it in the first half of the season last year, when we were top. We beat Juventus 4-0 in the Champions League.

“We know we’re not going to get a better manager here. I’m not just saying it. He’s an unbelievable manager in all aspects and he has a lot of trust in us as well. Now there is that stability — everything that could have potentially been tricky last season has all been resolved so it’s up to us to work and try to get that consistency on the pitch.”