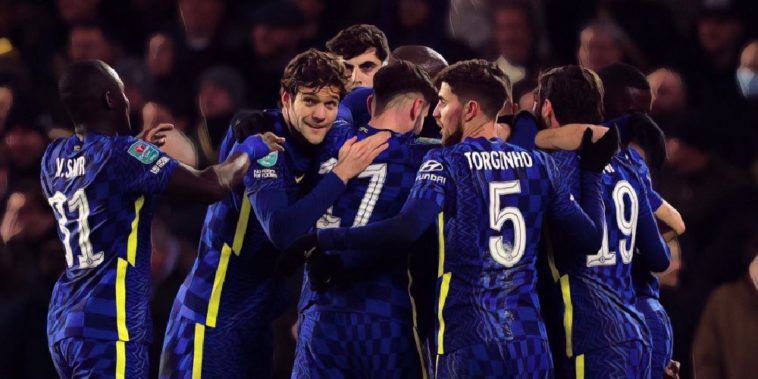 Chelsea are set to be without any unvaccinated players when the European champions resume their defence of the Champions League against Lille.

The west Londoners will meet the French champions in the first leg of their last-16 tie on February 22, before travelling to face Lille in the return on March 16.

Current coronavirus regulations in France prohibit the entry of non-vaccinated people into the country and the BBC are reporting that Chelsea had hoped to move the second leg to a neutral venue in order to utilise their entire squad.

UEFA’s updated rules, however, mean the second leg will go ahead in France as planned and any unvaccinated squad members will not be able to travel for the tie.

It is unclear which members of Thomas Tuchel’s squad are not vaccinated at present, with the Blues having failed to release specific information on their vaccination status.

Chelsea are currently in the United Arab Emirates for the FIFA Club World Cup, with their first fixture a semi-final clash against Saudi side Al Hilal on Wednesday.

Palmeiras await the winners in the final, the back-to-back Copa Libertadores champions having beaten Egypt’s Al Ahly to progress to the inter-continental showpiece.