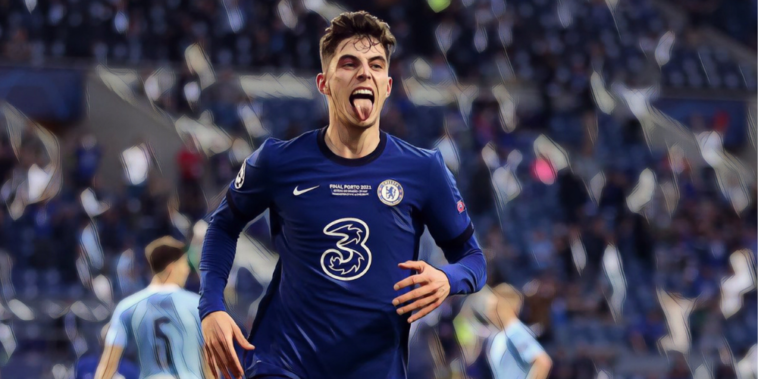 Chelsea boss Thomas Tuchel has revealed that he is determined to push Kai Havertz all the way to the top, as the forward’s recent fine form continues.

Having been the most expensive addition in an extensive summer of recruitment last year, the £71m man initially struggled to make his mark at Stamford Bridge, briefly falling down the pecking order among a plethora of top-class attacking options.

However, aided by the arrival of compatriot Tuchel, the German international sparked into life towards the latter stages of the previous campaign, notably netting what proved to be the winning goal in Chelsea‘s Champions League final victory over Manchester City.

The 22-year-old has started the new season in a similar vein having netted a superb header in the 1-1 draw with rivals Liverpool at Anfield and looks to have nailed down one of the highly contested attacking starting berths alongside Mason Mount and summer signing Romelu Lukaku.

The former Bayer Leverkusen man – who netted 29 goals across his final two Bundesliga seasons – looks set to be a mainstay of the Blues set-up for years to come, with his manager insisting that he push him all the way to reach his full potential, even if he doesn’t quite know what the ‘absolute maximum’ is for the hugely talented youngster.

“The guy is so full of talent he will not have a relaxed second with me,” Tuchel said at his pre-match press conference.

“He has the body, he has the talent, he has the head, he has belief to play at the very top, he has everything.

“I found Kai very, very strong when he came back — I was very pleased with his attitude towards training and in the pre-season matches, and very early in the season.

“I found him a little bit tired after the national break, he was also a little bit ill during the matches for Germany, but now he is in very good shape and has had a good impact, a good physical game against Zenit when he came off the bench.

“He is super-important for us.”