Chelsea have been left sweating on the fitness of two of their key players ahead of their crucial clash against Tottenham this weekend.

The Blues go into the game five points behind their rivals in the race for the top four, knowing that victory at Stamford Bridge will take them within touching distance of Spurs. However, defeat on Sunday will leave them with the almost impossible task of overhauling an eight point gap with just seven games to go.

In order to win, Chelsea will need all of their top players fit and firing, and while Antonio Conte has already admitted that Alvaro Morata is 100% fit, he is still sweating on the status of two key players, Thibaut Courtois and Andreas Christensen.

Both players were forced to return home early from international duty, with Courtois suffering a hamstring injury while Christensen was sent home due to the affects of fatigue. 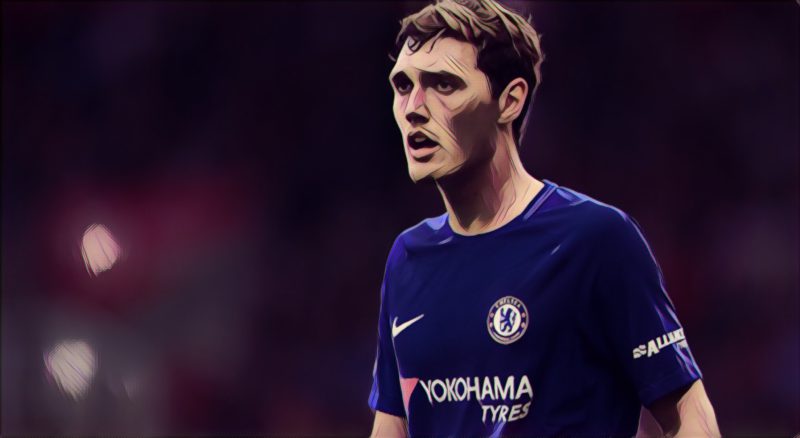 With less than 72 hours until kick off, Antonio Conte has admitted he does not know if either will be able to play:

“We have to check very well this couple of situations, Courtois and Christensen. We’ll see which is the real physical condition, if they’re able to play on Sunday against Tottenham,” said Conte.

“At this moment for me it’s very difficult to tell you with accuracy which is my choice for Sunday because we have to check these two situations.”

Christensen has been an integral part of the Chelsea defence this season having spent the last few years out on loan, while Courtois is widely regarded as one of the top 10 goalkeepers in the world. Should Courtois not be fit, Chelsea will be forced to turn to Willy Caballero, who conceded five of Spain’s six goals against Argentina earlier this week in the international friendly in Madrid.