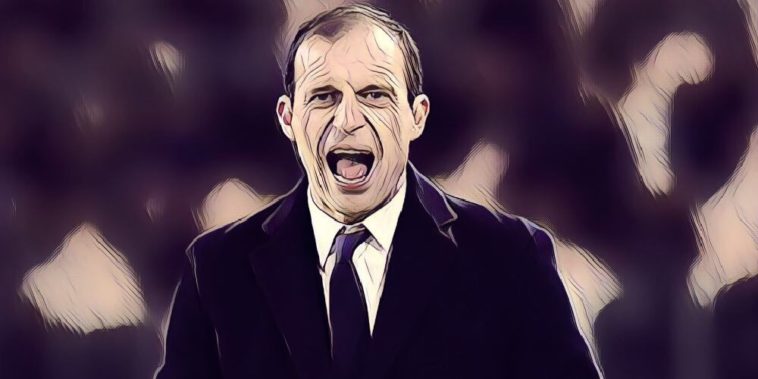 With Chelsea’s season in tatters, and Antonio Conte’s future having looked bleak for a number of months, the Blues have stepped up their chase for the Italian’s replacement.

Chelsea have been dealt a double Champions League blow in the last few weeks, having being humbled by La Liga leaders Barcelona in the last-16, before Tottenham’s victory over their London rivals at the weekend all but ended Chelsea’s hopes of qualifying for next months tournament as well.

The results have further added pressure to Antonio Conte, who has been constantly whinging about a lack of back in the transfer market, despite winning the Premier League last season at a canter.

However with this season looking like Conte’s last at the Bridge, the Daily Mail claim that Chelsea have opened talks with Juventus boss Massimiliano Allegri with a view to making him their latest in a long line of managers.

They claim that contact has been made by intermediary parties who are looking to arrange a deal to see the Italian take over from his compatriot in the summer.

Despite having two years left on his contract, Allegri is growing frustrated at at Juventus not being able to compete alongside the likes of Real Madrid, Barcelona and Bayern Munich on the European stage.

“Tottenham and Juventus can hope to go through and qualify but compared to Bayern and Barcelona and Real Madrid, we are slightly below. We can’t forget this. Next year will be even worse.

“We can keep on talking hot air but next year will be even more challenging. Consider what has happened in the last few years, Real Madrid and Barcelona always win the Champions League”

Allegri confirmed earlier this week that when he does eventually leave Juventus, his next job will be outside of Italy, with Arsenal also thought to be interested in his services as they look to potentially replace Arsene Wenger.