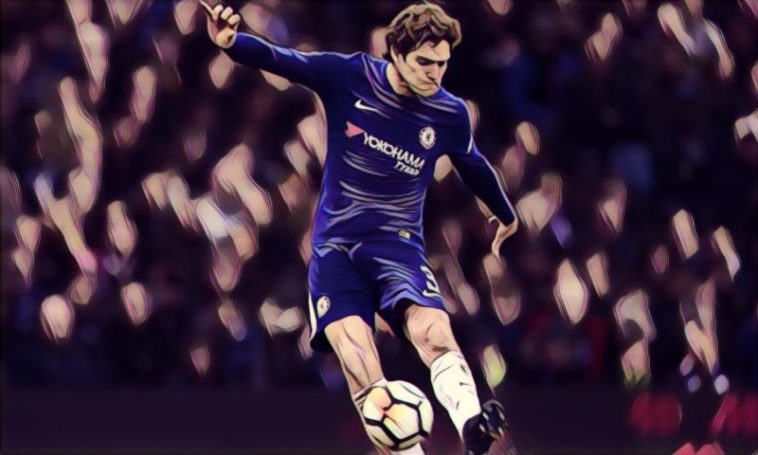 Chelsea’s exit from the Champions League at the hands of Barcelona, now means the reigning Premier League Champions only remaining chance of silverware is the FA Cup.

Antonio Conte’s men face a tricky quarter-final tie away to Leicester this Sunday as they bid to make it through to the semi-final at Wembley.

Chelsea’s poor league form in 2018 has seen them drop to fifth in the league table, meaning they have a serious fight on their hands to finish in the top four.

Despite the Blues losing 3-0 to a Lionel Messi inspired Barcelona last Wednesday they did play well for large parts of the game. Left-back Marcos Alonso has called on his team-mates to repeat the levels of performance they showed in the Nou Camp as they bid to end the season successfully.

“At the ­moment, definitely the FA Cup and top four is what we have to go for. That’s difficult. But it’s what we have left and, at the minute, we can only fight for this and learn from the defeats that we’ve had this ­season.

“We have to start fighting in these last eight games because I think we deserve to play this competition (the Champions League) again next year.

“It’s difficult, with so many games this year and we have not got the deepest squad. But if we play every game like we played against ­Barcelona, then yes (we would be in the top four), but it’s not the case, so it’s another thing we have to take into consideration.

“We must learn from this ­defeat and get stronger and ­improve.”

“We showed until the last minute that we can play against any team, and now we have eight finals and have to make sure we play in the ­Champions League next year.” Alonso said.